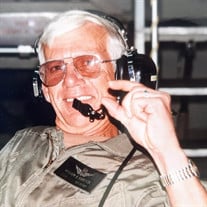 William Byrd Harrison, age 77, known as "Willie" or "Willie Byrd" to his loved ones, passed away unexpectedly at his home in Alachua, Florida on April 5,2020. He is survived by his wife of 41 years, Deborah N. Harrison, brothers Scott Harrison( Blanche) of Santa Fe, New Mexico and Benjamin Harrison of Boulder, Colorado, first wife Martha S Harrison of Binghamton, New York. Preceded in death by parents Carter Henry Harrison and Margaret Scott Harrison, and brother Carter Harrison(Connie) of Tucson, Arizona. Willie was born in Hampton, Virginia, October 22, 1942, where his father was pastor of St John's Episcopal Church. The family later moved to Waynesville, North Carolina, and then to Walterboro, South Carolina where Willie graduated high school in 1962. He attended Wofford College in Spartanburg, South Carolina but left to join the army for flight school. He served two tours in Viet Nam, one in the UH-1 Huey helicopter with the "Cowboys" 335 AHC in support of the 173 airborne. He received the Distinguished Flying Cross, Bronze Star, Purple Heart, Air-medal Meritorious Service medals among others. The real heros to him, were the troops on the ground. After Viet Nam, he had a break in service before returning to Army Aviation, retiring in 1996 with the rank of CW4. Willie had a myriad of friends from all walks of life, and once he befriended you, it was forever, like it or not! He was a " glass half full" kind of guy, had a dry wit, an often irreverent humor,and an irrepressible spirit. But he could not tell a joke without laughing through the punch line. He was kind, generous,funny, and mischievous.Not a worrier, "don't sweat the small stuff and it's all small stuff" was a favorite. He loved travel,history,camping,hunting,golf, anything to do with water,and spending time with friends, some of whom he had known for over 60 years. Willie loved to travel but was a homebody at heart; loved to read, spend time with his wife, take care of his pets, plant flowers, and watch a beautiful sunset with a cold beer. His favorite place was Georgian Bay, Ontario Canada, where he spent most of his childhood summers and where he wanted his ashes scattered. We will miss him so much, but our lives are richer for having known and loved him. A celebration of life will be coordinated at a later date. He supported the Disabled Veteran's organization if you would like to donate your time or funding.

William Byrd Harrison, age 77, known as "Willie" or "Willie Byrd" to his loved ones, passed away unexpectedly at his home in Alachua, Florida on April 5,2020. He is survived by his wife of 41 years, Deborah N. Harrison, brothers Scott Harrison(... View Obituary & Service Information

The family of William Byrd Harrison created this Life Tributes page to make it easy to share your memories.

Send flowers to the Harrison family.