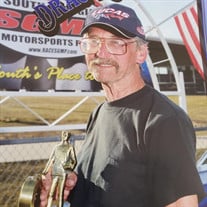 Walter H. Rollins, Jr. August 16, 1941, to January 27, 2021 Walter H. “Chip” Rollins, of High Springs, Florida, passed away on January 27, 2021, at Shands Hospital in Gainesville, Florida after a brief illness related to a chronic heart condition. Chip was born in Oakland, California on August 16, 1941, to Walter H. Rollins and Margaret Wiant Rollins, the second of three children. His father was an executive with a major department store chain, so the family moved frequently, and Chip saw many parts of America in his childhood; he lived in Canton, Ohio, Wichita, Kansas, and spent his high school years in Butler, Pennsylvania, where he graduated high school in 1958. He attended Marietta College in Ohio, but soon gravitated to his passion for high-performance automotive engineering. When his family moved to Fort Myers, Florida in 1959, he followed, and soon met the love of his life, Nancy Lee Rollins. They married in 1963 and settled in Fort Myers, where he worked for Sears. After their son John was born in 1970, he took an opportunity to run a Sears Auto Center in Fort Pierce, Florida. Their second son, Jason, was born in 1973. In early 1975, they moved back to Fort Myers and started the independent “speed shop” that still bears his name, Rollins Automotive. While building drag racing and modified streetcars, the shop also operated a Gulf gasoline station downtown, and the crew became locally well-known for providing a substantial contribution to the Humane Society each year, made up of small donations they required from the frequent tourists who stopped for directions. As the children grew, Chip took back to the racetrack on weekends. Both his sons followed him into drag racing, with Jason going full-time into the business after the family moved to Gainesville in 1997. Rollins Speed and Custom still thrive in its 46th year. Chip also won many track championships and the NHRA Southeast Division championship in his class in 2013. Chip and Nancy spent over 50 years married until she passed in 2014. He spent his later years working at the shop, enjoying time at the racetrack with his many friends, spending weekends with his children and four grandchildren, collecting rare coins, inventing specialty tools, and reading voraciously. Chip is survived by his sons John (Jennifer), Jason (Carrie), his sister Anne Wanicka in North Carolina, his brother John in Florida, and his four grandchildren. A private burial service coordinated by Williams-Thomas Funeral Home for family and close friends will be held at High Springs Cemetery on Wednesday, February 3, followed by a public memorial at Gainesville Raceway on Saturday evening, February 13 during a racing event. Chip asked that donations to the Alachua County Humane www.humanesocietyncfl.org be made in lieu of flowers.

The family of Walter H. "Chip" Rollins Jr. created this Life Tributes page to make it easy to share your memories.

Send flowers to the Rollins family.