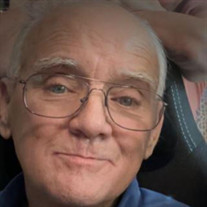 Wallace Andrew Dean, of Gainesville, Florida, passed away on December 11, 2021, Known as Andy to his friends, he was born on November 11,1954 to Sherwood and Norma Dean in Marietta, Georgia. His military family of four brothers, sister and his parents lived in several states and internationally as well. As the youngest of the brothers, Andy’s stories of his childhood were a delight to hear. Andy was a member of the first graduating class of the Respiratory Therapy program at Brevard Community College.He was always a hard worker and worked at several Orlando area hospitals where he developed a keen appreciation for the growing medical field. He married his wife Linda in 1977 and had two children; Douglas and Joy. The family participated in many local sports but soccer became their true passion. Andy coached both of his children and even went on to serve as the President of Port St. John Soccer Club. His family, community involvement and his career were the center of Andy’s life. When his health deteriorated, his family moved to Gainesville in 2012 where he benefited from the many skilled doctors and facilities at the University of Florida Shands Hospital System. He was overjoyed to welcome a daughter in law Sarah and then a granddaughter Sophia. Many of his friends remarked how Andy was a miracle man and a fierce fighter. No matter what medical complication he faced, he kept on going. His passing in December 2021 has left a huge whole in the hearts of his wife Linda, son Douglas and his wife Sarah and their daughter Sophia, and his daughter Joy and her partner Michael. He was preceded in death by his parents, sister and two brothers. He is survived by three of his brothers. Andy did not want a service but if you would like to leave a memory please visit the obituary page at Williams Thomas Funeral Home. His family is so honored to know he will live on as his body was donated to the University of Florida Medical School. “If by chance you wish to remember him, do it with a kind word or deed for someone.”

Wallace Andrew Dean, of Gainesville, Florida, passed away on December 11, 2021, Known as Andy to his friends, he was born on November 11,1954 to Sherwood and Norma Dean in Marietta, Georgia. His military family of four brothers, sister and... View Obituary & Service Information

The family of Wallace Andrew Dean created this Life Tributes page to make it easy to share your memories.

Wallace Andrew Dean, of Gainesville, Florida, passed away on...