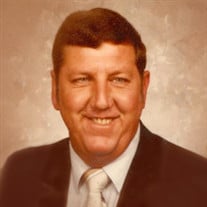 Virgil David Dougherty, 74, of Alachua, FL, passed away unexpectedly on Thursday, April 14th, at UF Health Shand’s Hospital while surrounded by his family. Virgil was born on October 5th, 1947, to Russell and Lora Lee Dougherty in Gainesville at Alachua General Hospital and was raised in Orange Heights. Virgil attended Waldo Elementary and Hawthorne High School, graduating in 1965. After high school, Virgil enlisted in the United States Army and was stationed at Ft. Knox, KY, for 2 years while training to be a tracked vehicle mechanic. Beginning in 1967, Virgil served for 10 years in the Florida National Guard, where he obtained the rank of Specialist E-5. Virgil met and married the love of his life, Linda Kay Malphurs Dougherty on April 28th, 1968, and was happily married for just shy of 54 years. He and Linda Kay had two children and 4 grandsons that he adored more than life itself. If you wanted to get him talking, ask him about his family. Virgil and Linda Kay have also been long-time members of the First United Methodist Church of Alachua. Virgil had a long career as an Electrical Contractor working for Joe Tate, Carlos Hope Electric, his own electrical/contracting businesses, D&M Contractors and Virgil Dougherty Electric, and the Alachua County School Board as a lead electrician, where he finished his career, retiring in 2020. At a point in his career, Virgil’s business morphed from that of just electrical to security installations, for which he travelled the Southeastern United States installing doors, locks, control panels and the like in new and renovated jails, prisons, and hospitals. To say that he has had some unique experiences and met some interesting people during his career would be an understatement. Those that knew Virgil knew that he was a man of few words, however, when he had something to say, it was worth taking the time to listen. Virgil was known by his strength and stature, as he was often referred to as “Big Virg.” While he was large in stature, his heart was even larger. Virgil had a gentle soul – a gentle giant if you will. He was a determined, hard-working, compassionate, kind, selfless, patient, and Godly man that fiercely loved his family. In his time away from work, Virgil could be found in the company of his family and friends, whether it be working as the commissioner for Pop Warner football (both locally and regionally), cheering on his kids and grandkids at their various sporting events, watching a good NASCAR race or western show on the TV, or “piddling around” in his shop. Virgil’s extra-large hands were rarely at rest. Virgil is preceded in death by his parents Russell and Lora Lee Dougherty of Orange Heights, FL, and his in-laws J.D. and Eletha Malphurs of Alachua, FL. Virgil is survived by his wife of 53 years, Linda Kay Malphurs Dougherty and his son Jonathan (Missy) Dougherty, daughter, Heather (Thomas) Moore, grandsons, Gunnar and Grant Dougherty and Trey and Maddox Moore, brothers, Russell (Pat) Dougherty, Melrose, Paul (Jeanie) Dougherty, Orange Heights, brother in laws, Bobby (Judy) Malphurs and Billy (Sharon) Malphurs, both of Alachua, as well as numerous nephews, nieces, and cousins. The family will receive friends and family from 5:00 – 7:00 p.m. on Wednesday, April 20th, 2022, at Williams-Thomas Funeral Home Westarea at 823 NW 143rd Street, Newberry, FL 32669. Funeral Services will be held at 11:00 a.m. on Thursday, April 21st, 2022, at the First United Methodist Church of Alachua at 14805 NW 140th Street, Alachua, FL 32615. A graveside service will immediately follow at Elzey Chapel Cemetery in Worthington Springs, FL. In lieu of flowers, donations may be made to a charity of your choice.

The family of Virgil Dougherty created this Life Tributes page to make it easy to share your memories.

Customized sympathy cards. Mailed for you.