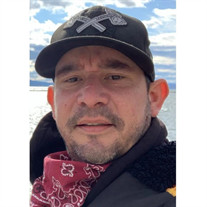 Travis P. Suereth, age 41 of Burlington, VT passed away unexpectedly as a result of a seizure on Saturday, November 6, 2021. He was born October 20, 1980 in Gainesville, FL to Donald P. and Donna J. Boothby Suereth. From the time Travis was old enough to hold a bat he was playing baseball. He played for several city league teams, while growing up, some of which were coached by his father. He went on to play at Buchholz High School where he graduated in 1999. After high school, he was drafted by the Atlanta Braves Organization which followed his baseball success throughout his education. He signed to play with the Santa Fe Saints and after graduating from SFC, received a baseball scholarship to play with Jacksonville State University in Alabama. After college he played minor league baseball with the Selma Cloverleafs. Travis enjoyed going to Atlanta with his family to watch the Braves play and was at the 1995 Braves World Championship with his dad. Travis received a Bachelor’s degree in Business Administration in 2004. After which he attended the University of Florida where he entered the master’s program in Building Construction. Travis developed a passion for cooking and worked at restaurants in both Gainesville and Burlington. Travis was a diehard Gator fan, and proud that he “was born a Gator.” Travis is survived by his parents, Don and Donna; brother, Justin Kyle Suereth and his wife Julie; aunt, Dianne Poston and her husband, Roy; uncle, Dan Boothby and his wife Sue and aunt, Sherry Custureri, and his girlfriend, Selene Hofer-Shall; He was devoted to his grandparents and is back in their arms. A Celebration of Travis’ Life will be held Friday, November 19, 2021 at 11:00 a.m. at CityLight Church, 5020 NW 23rd Ave, Gainesville with Pastors Josh Wicker and Justin Suereth officiating. Entombment will follow in Forest Meadows Central. A luncheon for family and friends will be held at Dos Mamas, 3315 North Main Terrace after the service. A gathering will also be held December 5, 2021 at 1:00 p.m. at The St. John’s Club, 9 Central Ave. Burlington, VT. In lieu of flowers, donations may be made to North Central Florida Humane Society, 4205 NW 6th St., Gainesville, FL 32609, https://www.humanesocietyncfl.org/.

Travis P. Suereth, age 41 of Burlington, VT passed away unexpectedly as a result of a seizure on Saturday, November 6, 2021. He was born October 20, 1980 in Gainesville, FL to Donald P. and Donna J. Boothby Suereth. From the time Travis... View Obituary & Service Information

The family of Travis Suereth created this Life Tributes page to make it easy to share your memories.

Send flowers to the Suereth family.