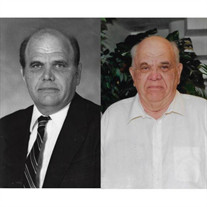 Mr. Thomas John Krecker, 76, resident of Cue Lake community, died Sunday, March 14, 2021 in the North Florida Regional Medical Center, following a long illness. Mr. Krecker was born in Elmhurst, Illinois on June 11, 1944 to the late John William and Evelyn Krecker. He lived for many years in Bensenville, Illinois before moving to Florida in the early 1980’s. Mr. Krecker had a long career with Publix Supermarkets working as a produce manager in stores around Florida, and finally in Gainesville, before his retirement in 2008. Mr. Krecker raised homing pigeons for many, many years, and had attended the Melrose United Methodist Church. He was preceded in death by his brother, Robert Krecker in 2011. He is survived by his wife of over 55 years, Susan Krecker; one daughter, Carrie (Jim) DeLaPorte; Hawthorne; one son John (Katie) Krecker ; Newberry; one sister, Linda (James) Fischer, of Bensenville, IL; and by four grandchildren, Michael and Thomas DeLaPorte and Madison and Austin Krecker. Funeral services will be held on Thursday, March 18, 2021 at 11:00 A. M., in the Chapel of Williams-Thomas Funeral Home Hawthorne, 301 South at Lake Avenue. Interment will follow in Hawthorne Cemetery. The family will receive friends, on Wednesday, March 17, 2021 from 6 to 8 P. M., at the funeral home.

The family of Thomas Krecker created this Life Tributes page to make it easy to share your memories.

Send flowers to the Krecker family.