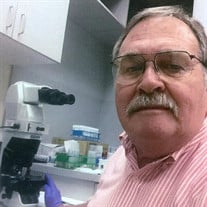 Gainesville lost a treasured member of the community on April 30th, 2021. Terry Rutman Gruver after a short battle with Glioblastoma Multiform succumbed to the illness with family by his side. Terry was 76 years old. Terry was born in Allentown, Pennsylvania to Donald and Francis Gruver on January 22nd, 1945. Only a few years after his birth the Gruver’s relocated to Ormond Beach, Florida which Terry considered his true home. There he attended Mainland Highschool and often looked back on those days fondly. Terry would then go on to attend the University of Florida, another institution he held in high esteem. Terry graduated as a Medical Technologist in 1967 and was a member of the American Society of Clinical pathologists for the next 40 years. Terry worked for Shands in their clinical labs as well as owned Doctors Laboratory in Gainesville, Florida until the mid-2000s where he sold the business but remained running the lab until his retirement. He was a true waterman, from an early age he had a passion for everything aquatic from skiing to fishing and everything in between. Terry would often tell his friends of his days exploring the Tomoka river until the sunset as a boy. He was an avid diver and fisherman and would delight on swapping stories with friends about the latest catch over a cold beer. Some of the best times Terry had was with his friends and family out at sea. Terry in his later years became a very active member of the Ormond Beach Historical Society and was dedicated to preserving the history of the area. In 2021 he was awarded the Volunteer of the year and could not have been more proud about his contributions to the society and the friends he made in the course of his work. During his time in Gainesville Terry started a family and provided for his family until he left this plane of existence. Terry is survived by his wife Patricia R. Gruver, his Daughter Jennifer L. Ferguson her husband Bradley Ferguson, his granddaughters Sarah and Emily Ferguson, and his son Jeffery B. Gruver and his wife Cortney Gruver. There will be a viewing for family and friends who wish to pay their last respects at WILLIAMS-THOMAS FUNERAL HOME WESTAREA 823 NW 143rd St. Newberry, FL on Thursday, May 6th between 4 pm and 8 pm. Bring nothing but stories, however, if you feel so inclined in lieu of flowers please make a donation to Haven Hospice https://beyourhaven.org/donate in support of their amazing work.

Gainesville lost a treasured member of the community on April 30th, 2021. Terry Rutman Gruver after a short battle with Glioblastoma Multiform succumbed to the illness with family by his side. Terry was 76 years old. Terry was born in Allentown,... View Obituary & Service Information

The family of Terry Rutman Gruver created this Life Tributes page to make it easy to share your memories.

Gainesville lost a treasured member of the community on April...

Send flowers to the Gruver family.