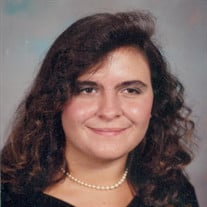 Tami Layne Adkins, 47, a lifelong resident of Alachua, Florida, died Tuesday, December 14, 2021, in the North Florida Regional Medical Center, following a brief illness. Tami was born in Gainesville, Florida on October 26, 1974 ( a date she shared with her older brother), to the late Bobby Joe Adkins and to Clarice “Coot” Adkins. She graduated from Santa Fe High School, Class of 1992. Tami worked in Alachua for the local bank, for Hitchcock’s Grocery Store, and for the City of Alachua for over 20 years. She enjoyed watching sports, NASCAR, and the Orlando Magic with her late father, and most importantly to her cheering on her beloved University of Alabama Crimson Tide football “Roll Tide!”. Along with her father, Tami was preceded in death by a brother, Eddie Joe Parrish. She is survived by her mother, Clarice “Coot” Adkins, of Alachua; two brothers, Bobby (Deeta) Adkins of Gainesville and Joey Adkins, of Atlantic Beach; five nieces and nephews and several great-nieces and nephews, along with a huge host of friends. Graveside funeral services will be held on Saturday, December 18, 2021, at 11:00 A. M., in the Center Hill Cemetery, Trenton, Florida. The family will receive friends on Friday, December 17, 2021, from 5 to 7 P. M., at the Williams-Thomas Funeral Home Westarea, 823 NW 143rd Street.

The family of Tami Layne Adkins created this Life Tributes page to make it easy to share your memories.

Send flowers to the Adkins family.