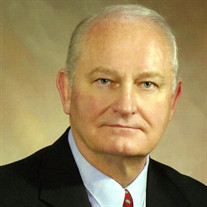 Selden Longley, III, M.D., passed away on March 3, 2022, at his home in Gainesville, FL. He is survived by his wife of 57 years, Anne; their two sons, Selden (Dollene) and David (Hillary), along with his four grandchildren; Ann Marie, Matthew, Jack, and Ryan. Selden was born in Louisville, Kentucky in 1941. The son of Selden Longley, II and Helene Broadhurst Longley, he spent his youth in Nashville, Tennessee, where he ultimately received his BA (1963) and MD (1967) from Vanderbilt University. Following graduation, he moved to Gainesville, Florida, where he completed his internship, residency, chief residency, and fellowship in internal medicine at the University of Florida, College of Medicine. The Vietnam War meant that Selden, as a doctor, was called to serve. In 1969, he began his military service as a U.S. Air Force flight surgeon stationed in Thailand. Following that assignment, he was attached to the Medivac Team and the Presidential support Team at Andrews Air Force Base, Washington, D.C. He completed his Air Force tour of duty in 1971. In 1982, he joined the US Army Reserves, serving as Commander of the 301st Field Hospital, and later as the Division Surgeon at the 81st U.S. Army Reserve Command in Atlanta during the 1991 Gulf War. He continued his service through 2003, ultimately retiring with the rank of Colonel. Among his awards and commendations was the “A: professional Designator” award, the highest award that can be made in recognition of professional accomplishment within the Army Medical Department. As a practicing physician, he served the Gainesville community throughout his career. He spent 18 years in academic medicine at the University of Florida, College of Medicine in the division of clinical immunology, allergy, and rheumatology, before entering private practice in 1991. He held multiple leadership roles, including President, Alachua County Medical Society; President, Florida Society of Rheumatology; and Chief of Staff, North Florida Regional Medical Center. His professional associations included Fellow, American College of Physicians and Fellow, American College of Rheumatology. Selden sincerely loved spending time with his patients and colleagues. Although his active medical practice concluded with his retirement in 2017, he treasured his role in the medical field, and maintained an ongoing role in research with SIMEDHealth through 2021. Through all phases of life, he enjoyed the companionship of his family, as well as his beloved animals. He was a dedicated pet owner. Although his passions evolved, his love of sports remained a constant. Selden was active in most every sport in high school, often coached by his dad. He briefly joined the football team as a freshman in college, but quickly found that baseball was his true calling. His years pitching for Vanderbilt Baseball remained a source of great pride. He started playing tennis during his early years in Gainesville, and that provided both a physical and social outlet that he remembered fondly. An avid outdoorsman, Selden enjoyed his time reading about and planning adventures almost more than the adventures themselves. He was well-versed in all aspects of fly fishing and shooting sports and would proudly describe his experiences on most every ski hill in the Rockies. Travel was among his greatest motivators, and planning the next trip typically began in the airport on the way home from his previous trip. To capture memories from his endeavors, he developed a keen interest in photography, often selecting destinations based on courses or experiences to develop his craft. He loved his home and was happy to be able to enjoy that comfort in recent months. Along with all of the support from family, friends and colleagues, the family would like to thank the compassionate caregivers from Touching Hearts at Home, especially Tinnesha Clark and Tanasha Williams, as well as Charlene Ashley who has provided assistance to our family for the past 25 years. It was Selden’s wish to be interred in the cemetery where his parents are buried in Nashville. The family will gather for a small committal service with military honors later this year. Dr. Longley showed great concern for the people affected by recent conflicts and disasters. If you would like to make a donation in his memory, please consider the American Red Cross Disaster Relief Fund https://www.redcross.org/donate/disaster-relief.html/ or the charity of your choice.

Selden Longley, III, M.D., passed away on March 3, 2022, at his home in Gainesville, FL. He is survived by his wife of 57 years, Anne; their two sons, Selden (Dollene) and David (Hillary), along with his four grandchildren; Ann Marie, Matthew,... View Obituary & Service Information

The family of Selden Longley, III, M.D. created this Life Tributes page to make it easy to share your memories.