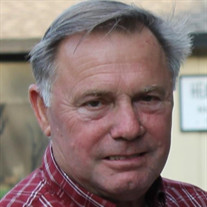 Samuel Stangle “Junior”,74, of Gainesville, Florida left our world to be with the Lord, on October 5, 2020. Sam was born in Martinsville, N.J. on July 26, 1946, to Samuel and Susan Stangle (Teryek). Sam was born and raised in New Jersey and moved to Florida in 1979 to pursue business opportunities. He was known as “Junior” to his family and Jersey friends and “Southside Sam” to his friends in Florida. Sam proudly served in the United States Navy, serving two tours in Vietnam as a Seabee in the Naval Construction Force where he was proud of his achievements in working with his fellow sailors and serving America. Sam took his leadership skills and knowledge from his Navy training and family background in the trucking Industry to own and operate several businesses over the years including a restaurant, gas station, mechanic shop and garage, car lots, and used furniture store where he was always willing to serve and take care of his fellow man. Sam loved to travel, fish, and watch sports. He taught his children and grandchildren the value of enjoying life and living it to the fullest. Sam was a loving husband, father, grandfather and was respected by all. He was known as the person that always took care of everyone, and if anything needed to be fixed or be repaired his family called on him because he was so mechanically inclined. Sam will be greatly missed by all that had the pleasure of knowing him. Sam is survived by his loving wife of 54 years Rose “Babe” Stangle (Swanson); children, Dawn Lucas, Cheryl Coleman, Deborah Costabile, Samuel Stangle; sister, Susan Hentz; brothers, John and James Stangle; grandchildren, Darec Lucas, Gabrielle Costabile, Kearissa Lucas, Emily Costabile, Carter Coleman, Cooper Coleman, and Samantha Stangle. A Funeral Mass will be celebrated October 22, 2020 at 11am at Queen of Peace Catholic Church 10900 S.W. 24th Avenue Gainesville, Florida 32607 with Father Al Esposito as celebrant. Burial will be in Arlington National Cemetery with military honors at a later date. The family requests In lieu of flowers, please make a donation to the Fisher House Foundation.

The family of Samuel Stangle created this Life Tributes page to make it easy to share your memories.

Send flowers to the Stangle family.