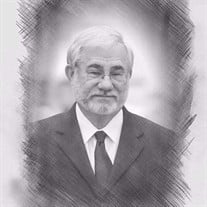 Retired Officer Roy Martinez GAINESVILLE – Roy Martinez, age 75, passed away on Thursday, November 4th at 8:55 PM in Gainesville, FL surrounded by his family. He was born December 13th, 1946 in Miami, FL as the second son of William and Annie Martinez of Hialeah, and the younger brother of William Martinez. Roy was raised in Miami and lived for a short time in Puerto Rico with his grandparents. He had an active youth and was involved in Hialeah Park Youth Group before graduating from Jackson High School in 1965. Growing up, Roy loved fishing, exploring the bays and Everglades, and for a while lived on a sailboat with his parents in Key Biscayne, which was docked down from Burl Ives. Embracing his love for nature, Roy joined the FL Game and Freshwater Fish Commission (GFC) [later known as FL Wildlife Commission (FWC)] in August of 1972 as their first Hispanic officer. Just a few short months later, Roy was assigned to the Eastern Flight #401 Recovery and continued to work many well-recognized duties, such as guarding the Pope, the Summit of the Americas, and multiple inaugurations. He rounded out his career with Hurricane Andrew relief patrols and the harrowing ValuJet Flight #592 Recovery. After 27 years of service within his beloved Everglades, Roy retired in 1999 and relocated his family to Gainesville, FL, where he continued with 5 more years of Reserve-work for FWC. As a Master Marksman, Roy was precise, deliberate, and loved the thrill of competition; some think he was a perfectionist. Roy was married for almost 42 years to his wife, Debra, and has 4 children: Roy William, Kelly, Chris, and Nicole. The blended family is close-knit and follows in their father’s footsteps with a love for the outdoors and a passion for rescuing all animals. Roy and his family have lived in Gainesville, FL since July of 1999 and now call North Florida home. Roy is survived by his wife Debra Martinez; son – Roy William Martinez (Vickie); daughter – Kelly Martinez; son – Chris Martinez (Lindsey); daughter – Nicole Martinez; 3 grandchildren – Raquel, Mason, and Madelynn, brother – William Martinez (Lauri); nephew – Kevin Martinez (Rachel); 2 grand-nephews – Bryson and Everett, as well as several aunts, uncles, and cousins. In Lieu of flowers, the family requests donations to the American Cancer Society in honor of Roy Martinez. Link:http://main.acsevents.org/goto/Roy_Martinez Memorial Services for Roy will be held at 2 PM on Saturday, November 13th at the William-Thomas Funeral Home: 823 NW 143rd Street, Gainesville/Newberry, FL 32669. Family and friends are invited to continue the Celebration of Life following the service at the Martinez residence.

Retired Officer Roy Martinez GAINESVILLE &#8211; Roy Martinez, age 75, passed away on Thursday, November 4th at 8:55 PM in Gainesville, FL surrounded by his family. He was born December 13th, 1946 in Miami, FL as the second son of William and... View Obituary & Service Information

The family of Roy Martinez created this Life Tributes page to make it easy to share your memories.

Send flowers to the Martinez family.