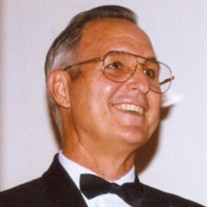 Robert Durand Byrd, age 77, recently of Gainesville, Florida, passed into a better life on June 11, 2021, after a battle with ALS, Lou Gehrig's Disease. He is survived by his wife of 55 years, Anne Saunders Byrd, and was a devoted father to Kathy Hohn (Todd) of Collierville, Tennessee, and son Kevin Byrd (Valerie) of Novi, Michigan. Born in San Antonio, Texas, on January 29, 1944, to Reeves Hampton Byrd, Sr., and Adrienne van Deusen Byrd, he grew up in Miami, was active in Boy Scouts, earning the rank of Eagle Scout with his twin brother, and in recent years has been inspiring his grandson in scouting. After earning his degree from the University of Florida in Chemistry, he and Anne moved to Titusville, FL, and settled in Merritt Island, FL, for 50 years, where he taught at Madison, Jackson, Edgewood, and Ronald McNair middle schools. He became loved for his "Mr. Byrd jokes", which he insisted were used to enhance a concept in his Science classes, and students later shared with their families around the dinner table. While chaperoning a retreat with a group of high school students, they one-upped him by asking him if Bob had one O or two, and that became his introduction for the rest of his life. "I'm Bob with one O, not two." His faith was always a big part of his life. He felt most rewarded when former students told him that he had been a major influence in their love for science or belief in a loving higher being. During summers and weekends, he drove tourist buses at the Kennedy Space Center, in time moving up to giving lecture-demonstrations on space travel at the Visitor Center. He received grants for several summers, once going through the scrub on KSC property and surrounding areas counting and observing Scrub-Jays and another summer working for Thiokol at KSC, going out on their boat after shuttle launches to retrieve their solid rocket boosters from the ocean. Always eager to help, he would volunteer for anything. For years he and his best buddy, a fellow science teacher, volunteered to clean their little church in the orange groves every Saturday morning, making it a fun task together. He and Anne loved to travel, seeing most of the U.S. and traveling to Europe several times, renting a car and going to lesser-known places, getting to meet and interact with local people. They bought a cabin on a mountain lake in western NC in recent years, enjoying gardening and the outdoors in the perfect summer weather. Robert is also survived by his grandsons Craig "Rock" Hohn and Luka Byrd, his brothers, Reeves Byrd, Jr.(Mary) of Gainesville, Norman Byrd, Sylvain Byrd, and Carl Byrd, sister, Diane Charbonneau of South Carolina, and nieces, Sharon Byrd Fields and Marcia Byrd Wells, also of SC, formerly of Gainesville. We will miss Robert's generous, loving spirit and his thumbs up in all difficulties. A Celebration of Life will be held Sunday, July 25 at 4 P.M. at St. Luke's Episcopal Church in Merritt Island, FL, and a later date in Glenville, North Carolina. In lieu of flowers, contributions can be made in his memory to ALS.org for research or the UF Norman Fixel Institute for Neurological Diseases 3009 SW Williston Rd, Gainesville, FL 32608, https://www.uff.ufl.edu/give-now/?fund_id=011341

Robert Durand Byrd, age 77, recently of Gainesville, Florida, passed into a better life on June 11, 2021, after a battle with ALS, Lou Gehrig's Disease. He is survived by his wife of 55 years, Anne Saunders Byrd, and was a devoted father... View Obituary & Service Information

The family of Robert Durand Byrd created this Life Tributes page to make it easy to share your memories.

Send flowers to the Byrd family.