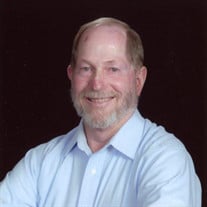 Robert (Bob) R. Thomas was born on January 19, 1945, in Pinellas Park, FL to Bob and Kathleen Thomas. He grew up in that area attending local elementary schools and Dixie Hollins High School where he played the tuba in the school marching band and graduated in 1963. Following graduation, he enlisted in the Army and served from 1963 to 1966 with one year in Viet Nam. In 1964 he married Paulette Foss whom he had dated through high school and was blessed to celebrate their 57th anniversary on 7/2021. After returning home from Viet Nam, he started his Fire Fighter career and worked as a firefighter from 1967 to 1972. It was during this time that his captain, a Christian man, witnessed his faith in Jesus Christ. Bob was very resistant to Christianity and described himself as an atheist. However, he accepted his captain’s challenge to read the Bible starting with the book of John. Bob even agreed to accept what was written in “red” ink as true, having a preconceived idea that the Bible was full of error. Bob said that it was one night having returned from a fire that he picked up the Bible and read Jesus’s words from John 8:24 “therefore I said to you that you will die in your sins; for unless you believe that I am He, you will die in your sins”. Also, he read John 14:5-6 where Thomas said to Jesus “Lord we know not where thou goest” and Jesus’s reply “I am the way, the truth, and the life, no man cometh unto the Father but by me.” God used these words to change Bob’s heart along with a specific answer to prayer for a child and he received Christ as his Savior January 1971. During this time on one of his hunting trips he found and purchased land in Gilchrist County where he and his wife moved. Finding it too difficult to commute from St. Pete to Gilchrist county he quit the fire department and worked at numerous jobs finally ending at the Lake City Post office from which he retired as a rural carrier in 2011. Before retiring, he took on the task of building a beautiful home for his wife completing most of it himself. He and his wife then embarked on goat farming and started Prairie View Farm where they raised and sold meat goats. Bob loved reading and studying the Bible, and telling people about his wonderful Lord and Savior. He also was a gifted poet writing multiple inspiring poems. Highlights of his Christian walk were church planting, being on the prison ministry, preaching, teaching Sunday school, CEF board member, and being a Countryside Baptist Church elder. He also enjoyed hunting and fishing and spending time with his family. He is survived by his wife Paulette, daughter Christina Duncan (Thomas), son-in-law Scott Duncan, Grandson Scott Duncan, granddaughter-in-law Candace, Granddaughter Madaline Duncan, Great granddaughters Chloe Irvine and Dixie Duncan, sister Sandy Thomas, sister-in-law Patricia Foss, sister-in-law Suzette Kroger and several nieces, nephews, and cousins. A funeral service will be held on Tuesday, March 8, 2022, at 5:00 p.m. at Countryside Baptist Church 10926 N.W. 39th Ave Gainesville, Florida with Pastor Bill Keith as officiant. Interment will immediately follow at Countryside Cemetery. The family will receive friends on March 8th, 2022, from 4:00 p.m. to 5:00 p.m. at the church.

Robert (Bob) R. Thomas was born on January 19, 1945, in Pinellas Park, FL to Bob and Kathleen Thomas. He grew up in that area attending local elementary schools and Dixie Hollins High School where he played the tuba in the school marching band... View Obituary & Service Information

The family of Robert (Bob) R. Thomas created this Life Tributes page to make it easy to share your memories.

Send flowers to the Thomas family.