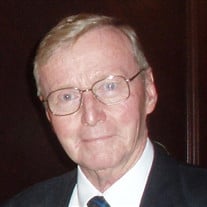 Richard Edward Dugan, Jr. (81) of Gainesville, Florida passed away on July 30, 2021. He was born on May 20th, 1940 and was the son of Richard Edward Dugan, Sr. and Alice Rita Dugan. He grew up in Brooklyn, NY and graduated from Brooklyn Technical High School in 1958. Richard (aka Richy or Dick) married the love of his life Maryann, on October 22, 1961. They moved to South Florida in 1968 where he began a career in law enforcement; first with the Fort Lauderdale Police Department, and then with the Wilton Manors Police Department where he protected and served the citizens until his retirement in 2000. Richard’s spiritual journey and his desire to serve others led him to become ordained as a deacon in the Catholic Church in January of 1992. As a deacon he served in several parishes, most recently serving at the mission church of St Philip Neri in Hawthorne, Florida. In addition to serving the parish, he worked tirelessly throughout much of his retirement visiting prisoners and tending to the spiritual needs of countless inmates who affectionately called him “The Rev.” He leaves behind his loving wife, Maryann, and his sons Rick (Liz), and Mike (Lee), as well as grandchildren, Erick (Melissa), John (Dani), Chad (McKenna), Ricky, step grandson Corey, and great grand-daughter, Everlee. Richard was especially fond of family gatherings. He loved the idea of having all of his family over for a holiday or to celebrate a birthday. He was especially generous when he had the chance to make lasting memories with the people who were special to him, and always said to do the right thing, at the right time, for the right reason. He also loved watching NFL football on Sundays and was always happy when the Florida Gators were victorious. He and Maryann spent many Saturday nights cheering at their television set while the Gators took on their many adversaries. He also never said “no” to pepperoni pizza or any kind of chocolate. A funeral mass will be held Saturday, August 7, 2021, at 11:00 a.m. at St. Philip Neri Catholic Church, 7919 US-301, Hawthorne, Fr. Dung Bui celebrant. The family asks that in lieu of flowers, donations can be made to Haven Hospice, 4200 NW 90th Blvd. Gainesville, FL. 32606

Richard Edward Dugan, Jr. (81) of Gainesville, Florida passed away on July 30, 2021. He was born on May 20th, 1940 and was the son of Richard Edward Dugan, Sr. and Alice Rita Dugan. He grew up in Brooklyn, NY and graduated from Brooklyn Technical... View Obituary & Service Information

The family of Richard Edward Dugan Jr. created this Life Tributes page to make it easy to share your memories.

Send flowers to the Dugan family.