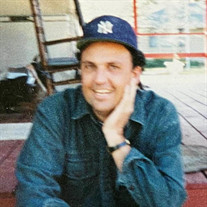 Ray Stephen Fenn, 69, of Gainesville, Florida passed away on November 28, 2021 after a long and courageous battle with multiple sclerosis. He was born March 17, 1952 in Detroit, Michigan, to the late Ray Gordon and Elsie Balaze Fenn. He grew up in Allen Park, Michigan and graduated from Allen Park High School with many awards for art and ship building. He was a Master Carpenter and a General Contractor. Ray transplanted his wife and three sons to Florida in the early 80s and began a flourishing career. He created his first contracting business in Indian Rocks Beach, FL and ultimately moved the family to Gainesville “gator country” where he became a devoted gator fan. His unforeseen illness ultimately robbed him of his many talents and dreams. While he was able, he worked as a residential builder and foreman for Butler Enterprises. Ray oversaw some of the early commercial development on Archer Rd. He was passionate about assisting the SHIP program by renovating homes to make them safe and functional for those in need. He loved the outdoors and shared his passion with his family and friends. He was a loving husband, father and grandfather. He loved dogs, particularly the ones that needed a safe home. He kept pictures of them on his shelf at the nursing home where he would often talk about them with great pride and joy. He loved to laugh, share his wild stories, and tease the dedicated nurses and CNAs who cared for him. He would often say, “I can’t walk, but I can talk,” and for many years fought valiantly to be able to do that again. He is survived by his loving wife Ann-Marie, his sons Raymond “Kai” (River) of Asheville, NC, Gregory (Providence) of Fruit Cove, FL, and Jacob (Lindsey) of Gainesville, FL; his three beautiful granddaughters Emily Lauren, Olivia Claire, and Ava Ray; his sister Linda of Gainesville, FL, his cousin Cindy Kalik of Canyon Country, CA He was preceded in death by his sister Sharon Herd. The family would like to thank Dr. Rich and the staff who cared for Ray over the years. They both endured and appreciated his favorite lines he proudly said over and over, such as “You know what? I’m a player baby,” “Its fine as wine in the summertime,” “It's all about the money honey,” “You know I’m not just a pretty face” and of course his favorite unforgettable words to his wife he so proudly said, “Ann-Marie, I love you, baby.” A memorial will be held at a later date. In lieu of flowers donations may be made in his memory to the National MS Society http://www.nationalmssociety.org/ or a charity of your choice.

Ray Stephen Fenn, 69, of Gainesville, Florida passed away on November 28, 2021 after a long and courageous battle with multiple sclerosis. He was born March 17, 1952 in Detroit, Michigan, to the late Ray Gordon and Elsie Balaze Fenn. He grew... View Obituary & Service Information

The family of Ray Fenn created this Life Tributes page to make it easy to share your memories.

Ray Stephen Fenn, 69, of Gainesville, Florida passed away on...

Send flowers to the Fenn family.