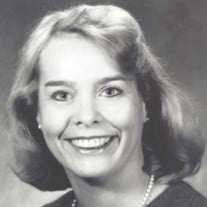 Mary Frances Borgman-Gainer passed away October 6, 2021. Mary Frances was born on September 1, 1943, in Morgantown, WV to James W. Borgman and Helen Murphy Borgman. She grew up in Kingwood, WV and graduated from Kingwood High School in 1961. Mary Frances is survived by her stepchildren, Michael Gainer, Lisa Gainer, and Dr. James V. Gainer III (Jay), as well as her daughter in law, Krista and grandchildren Brady, Rex, and Evan. She is also survived by her sister, Dolores B. Nelson (Ed) and by her special friend, personal trainer and housemate, Gary Wing. She was preceded in death by her husband, Dr. James V. Gainer, Jr., two infant brothers and her parents. Mary Frances graduated from Duquesne University School of Nursing in 1965 and completed her Masters Degree in Education at Duquesne in 1968. She went on to a earn a Master’s Degree in Nursing and a Doctorate in Education from West Virginia University. Mary Frances completed a Post Doctorate Fellowship in Rehabilitation and Nursing from the University of Pittsburgh School of Medicine. Early in her career, she worked in several hospitals in the Pittsburgh area before accepting a position as Instructor in Nursing at WVU in 1970. She was promoted to full professor with tenure by 1981. Mary Frances was recognized as a WVU Outstanding Teacher in 1977. Dr. Borgman-Gainer served as Dean and Professor with tenure at Salem College and United Hospital Center for 5 years, leading the program to the prestigious National League of Nursing accreditation and its first graduating class. She returned to WVU School of Nursing in 1991 as Associate Dean for Undergraduate Academic Affairs. She later moved to Gainesville, FL to work as manager and Vice President of Neurological Associates. Among her professional achievements, Mary Frances published several academic papers and funded research projects in education and rehabilitation nursing. She conducted numerous continuing education seminars about stroke care and rehabilitation and was a respected consultant in West Virginia in this area of expertise. She was instrumental in the early development of WVU School of Nursing extension programs, including those at Glenville State College and Potomac State College. She was active in the American Heart Association, the American Nurses Association, the National League of Nursing, the Alachua County Medical Auxiliary, and the Flying Physicians Association Auxiliary. Mary Frances Received her private pilot’s license in 1979 and was the owner of a Cessna P210. She and her husband flew extensively throughout the United States, Canada, and the Caribbean. She enjoyed sailing in the Caribbean and golfing. Mary Frances was also well known for her cooking skills and enjoyed hosting neighborhood and holiday dinner parties. A Mass of Christian Burial will be held Friday, October 15, 2021, at 10 AM at Queen of Peace Catholic Church, 10900 SW 24th Ave. with Fr. Al Esposito as celebrant. She will be interred in the Queen of Peace Catholic Community Memorial Columbarium. In lieu of flowers, please consider a gift to a charity of your choosing.

The family of Mary Frances Borgman-Gainer created this Life Tributes page to make it easy to share your memories.

Send flowers to the Borgman-Gainer family.