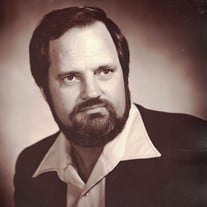 Jorge Comesanas, born on June 12, 1937, passed away peacefully and in his sleep on July 4, 2021, with his family by his side. Jorge was the son of the late Virgilio and Rosa Comesanas. Jorge was a Cuban immigrant to the United States, transitioning to his life here in the early 1960s. Jorge subsequently assisted in bringing his entire family consisting of his parents and brothers, Renee, and the late Raul, to the United States shortly thereafter. Jorge was an immensely proud United States Army veteran and, of his own accord and acumen, became a very successful businessman, owning significant commercial electrician and general contracting businesses in the Tampa/Largo, Florida, areas for many years before retiring; Jorge also obtained significant local political aspirations, serving as an elected town councilman in Belleair Beach and Ybor City, Florida. A proud Spaniard and Cuban American, Jorge loved Cuban cooking and finding an exceptional Spanish red wine. Jorge valued his family beyond reproach, providing for his family and making regular sacrifices to ensure his family had the resources and abilities to become successful themselves; an endeavor in which he also succeeded. Jorge had a boundless and deep sense of humor, often silly and irreverent, which many enjoyed, and his grandkids adored. Jorge often sought ways to better and become the life of a party, providing a rare and endearing wit to others. Jorge was married for 42 years to his beloved late wife, Mimi, with whom he has been reunited at this time. Jorge is survived by his beloved children, George with wife Mary, Christina with husband Jerry, Glen with wife Aubre’, and Robert with wife Amy, and grandchildren Christopher, Taylor, Chloe, Harrison, Ronin, and Flynn, and by his brother Renee and extended family. Family and friends are welcome to attend a casual Celebration of Life on Friday, July 9, 2021, at 11:00 am at the Destiny Community Church, 20820 W. Newberry Rd., Newberry, Florida.

Jorge Comesanas, born on June 12, 1937, passed away peacefully and in his sleep on July 4, 2021, with his family by his side. Jorge was the son of the late Virgilio and Rosa Comesanas. Jorge was a Cuban immigrant to the United States, transitioning... View Obituary & Service Information

The family of Jorge Comesanas created this Life Tributes page to make it easy to share your memories.

Send flowers to the Comesanas family.