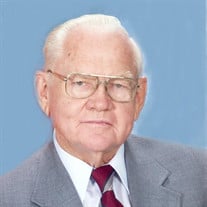 Johnie Marion Lee was born in O&#8217;Brien Florida in Suwanee County on June 5, 1924. His father was John Hamilton Lee and his mother was Flora (Touchtone) Lee, both were Christian and brought up the family to go to church and live the humble... View Obituary & Service Information

The family of Johnie Marion Lee created this Life Tributes page to make it easy to share your memories.

Send flowers to the Lee family.