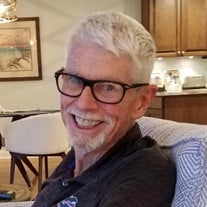 John Milner Bankston, age 79, passed away peacefully in his home at Oak Hammock at the University of Florida, in Gainesville, Florida, on Tuesday, December 1, 2020. John was born February 28, 1941 in Zebulon, Georgia to Ethel Milner and Chester Walker Bankston. He is preceded in death by his brother, Chester Walker Bankston, Jr., brother-in-law Peter Lynn Fields, and cousin John William "Bill" and Anne Clements Edwards. Survived by his loving wife of 57 years, Susan Fields Bankston, devoted daughters Kimberly Fields Bankston (Boyd Combs) of Atlanta, Georgia, Debra Bankston Weeks (Michael) of Jupiter, Florida, Melanie Bankston Gurley (Brian) of Cumming Georgia, cherished grandchildren Allison Weeks of Salt Lake City, Utah, Margaret Weeks and John Carlton Weeks of Jupiter, Florida, Emily and Grant Gurley of Cumming, Georgia, cousin (who was like a brother) Joseph Edwards (Patricia Carter), sister-In-law Martha Fields of Palm Beach Gardens, Florida, several cousins, nieces and nephews including Cynthia Bankston and James Bankston, both of Winter Park, Florida, Sarah D'Orazio (John) of Lexington, Kentucky and Peter Fields, III (Robin) of Riviera Beach, Florida. John graduated from Griffin High School in Griffin, Georgia in 1959 and the University of Florida school of Building Construction in 1963. He later founded and ran a successful general contracting business in Clearwater, Florida, where he and Susan raised their daughters. He was instrumental in creating youth sailing programs for both the Optimist Club of Clearwater and the Clearwater Yacht Club. He was an avid sailor himself, winning the State of Florida J-24 championship, serving as commodore of the Florida Ocean Racing Association, and was an active member of the Cruising Club of America. He and Susan spent many summers sailing, scuba diving and exploring the Bahamas, Caribbean and eastern US seaboard. Upon retiring at the young age of 49, he and Susan island-hopped on their sailboat to Venezuela while making extended stops to volunteer at the Exuma Land and Sea Park on Warderick Wells in the Bahamas and the National Park Service on St. John in the U.S. Virgin Islands. After a 2 year trip on their sailboat, they returned to build their mountain home in Scaly Mountain, North Carolina, where John was instrumental in creating the Highland Gap Property Owners Association for which he served as the president for many years. He was a co-founder of the Scaly Mountain Historical Society, and also enjoyed volunteering as an English tutor for the Highlands Literary Society. As John's health deteriorated from his 15 year battle with Parkinson's disease, John and Susan moved to Oak Hammock 3 years ago to be closer to his team of doctors at the UF Movement Disorder Center and to enjoy a simpler lifestyle given all the amenities of the community. The family would like to express their sincere thanks for the wonderful help and care given by the staff at Oak Hammock, his team of caregivers (in particular Brianna, Angela and Kendra) and during the past week, tremendous compassionate care from Community Hospice. A celebration of life will be scheduled for Summer, 2021, in Highland Gap, NC. John lived a full life of adventure and was a man of utmost integrity and love for his family and friends. He will be terribly missed. In lieu of flowers, memorial donations for either the UF Health Proton Therapy Institute or the UF College of Medicine Department of Neurology can be made out to the Bankston Family Proton Research Endowment or to the John and Susan Bankston Endowment for Neurologic Disorders and sent to PO Box 14425, Gainesville, FL 32604-2425, attn.: Gift Processing. Please note the name of fund in the memo area of your check. Donations to either endowment can also be made online at uff.ufl.edu/give-now/.

John Milner Bankston, age 79, passed away peacefully in his home at Oak Hammock at the University of Florida, in Gainesville, Florida, on Tuesday, December 1, 2020. John was born February 28, 1941 in Zebulon, Georgia to Ethel Milner and Chester... View Obituary & Service Information

The family of John Milner Bankston created this Life Tributes page to make it easy to share your memories.

John Milner Bankston, age 79, passed away peacefully in his home...

Send flowers to the Bankston family.