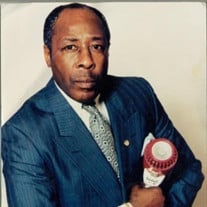 Joe Clark, Paterson, New Jersey's "Principled Principal," Has Passed Away The No-Nonsense Educator was a Mentor for Students to Lean On Dr. Joe Louis Clark, the baseball bat and bullhorn-wielding Principal whose unwavering commitment to his students and uncompromising disciplinary methods at Paterson, New Jersey's Eastside High School inspired the 1989 film "Lean on Me," has passed away. A longtime resident of South Orange, NJ, Clark (83) retired to Gainesville, Florida. He was at home and surrounded by his family when he succumbed to his long battle with illness of December 29, 2020. Born in Rochelle, Georgia, on May 8, 1937, Clark's family moved north Newark, New Jersey, when he was six years old. It was in the Garden State that Clark built his legacy through both his accomplished career in education and his children: Olympian and businesswoman Joetta Clark Diggs, Olympic Athlete and Director of Bermuda Sports Tourism Business Development Hazel Clark, and accomplished athlete and Director of Track and Field and Cross Country at Stanford University Dr. Joe Clark, Jr. A Legacy of Laying Down the Law After graduating from Newark Central High School, Clark continued on to achieve his bachelor's degree from William Paterson College (now William Paterson University) a master's degree from Seton Hall University, and an honorary doctorate from the U.S. Sports Academy. Dr. Clark's post-collegiate career as a U.S. Army Reserve Sergeant and Drill Instructor engrained in him the respect for order and achievement, which came to define his more than three-decade career in education. First serving as Paterson grade schoolteacher and the Director of Camps and Playgrounds in Essex County, NJ, Clark soon found his calling in administration as Principal of PS 6 Grammar School. Under Clark's command, the once failing school was transformed into the "Miracle of Carroll Street." Committed to the pursuit of excellence, Dr. Clark greeted the challenges presented to him following his appointment as the Principal of crime and drug-ridden Eastside High School with eager optimism. In one day, he expelled 300 students for fighting, vandalism, abusing teachers, and drug possession and lifted the expectations of those that remained, continually challenging them to perform better. Roaming the hallways with a bullhorn and a baseball bat, Dr. Clark's unorthodox methods won him both admirers and critics nationwide. Steadfast in his approach, Dr. Clark explained that the bat was not a weapon but a symbol of choice: a student could either strike out or hit a home run. Impressed by the expeditious changes imparted on the troubled school, President Reagan offered Dr. Clark a White House policy advisor position. Dr. Clark's dedication to his students and community-led him to decline the prestigious honor, and his larger-than-life career continued to spark conversations across the country. Dr. Clark appeared on programs including 60 Minutes and The Arsenio Hall Show and was featured on Time Magazine's cover before the motion picture "Lean On Me," starring Morgan Freeman memorialized his work. After he retired from Eastside in 1989, Dr. Clark worked for six years as the Director of Essex County Detention House, a juvenile detention center in Newark. He also wrote Laying Down the Law: Joe Clark's Strategy for Saving Our Schools, detailing his methods for turning around Eastside High School and how they can be applied to combat crime, permissiveness, and academic decline in schools nationwide. Nearly thirty years after his retirement, Dr. Clark's captivating career offered inspiration to executive directors John Legend and LeBron James for a television series, reflecting his philosophies' generational transcendence. Predeceased by his wife, Gloria, Dr. Clark's legacy as an influential educator and father of New Jersey's most storied track and field family lives on through his children, Joetta, Hazel, and JJ, and grandchildren, Talitha, Jorell, and Hazel. Special thanks to his Stepchildren; Cheryl E Norman, Victoria D Norman Brown, Judith I. Norman, and their children; Uma Ali, Carla Jasmine, Jason Lee, Satchel, and Cole Brown for the meaningful role they played in Dr.Clark’s life. A celebration of Joe’s Life and Legacy will be held Monday, January 4, 2021, at 12:00 Noon at Jonesville Baptist Church 17722 S.W. 15th Ave Newberry FL. 32669, with Pastor Corey Cheramie officiating. Burial to follow at Forest Meadows West. A viewing will be from 11:00 a.m. until the hour of service. Mask's are required.

Joe Clark, Paterson, New Jersey's "Principled Principal," Has Passed Away The No-Nonsense Educator was a Mentor for Students to Lean On Dr. Joe Louis Clark, the baseball bat and bullhorn-wielding Principal whose unwavering commitment to his... View Obituary & Service Information

The family of Joe Louis Clark created this Life Tributes page to make it easy to share your memories.

Send flowers to the Clark family.