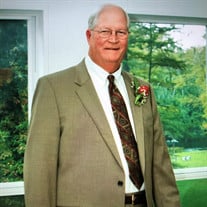 James Voorhees “Doc” Freeman, Jr., of Gainesville, was called home on Wednesday, May 19, 2021, from Haven Hospice after a long battle with diabetes. He was 84. Doc was born in Tampa, Florida on November 3, 1936. He graduated from Bolles Academy in Jacksonville and received his undergraduate degree in biology from Emory University. He subsequently received his Doctorate of Medicine at the University of Tennessee. After serving his country as a medical officer in the Navy, he returned to his home state of Florida to complete a neurosurgery residency at UF Shands Hospital in Gainesville, where he served as Chief Resident. He and his future partner, Dr. Ronald Mauldin, were among the first neurosurgery residents to train at UF, under the direction of Dr. Lamar Roberts. Doc and Mauldin opened one of the first community neurosurgery practices in Gainesville in 1970 and provided care to patients for nearly 30 years. Doc also served as Chief of Surgery at North Florida Regional Medical Center. Doc could (and would) talk with almost anyone about any subject, whether it be medicine, sports, politics, or how to tie a bowline knot in a fishing line. His encyclopedic knowledge of all things made him an unbeatable opponent in Trivial Pursuit. In his later years, Doc enjoyed taking his beloved Bichon “Molly” on journeys throughout their neighborhood, meeting neighbors and making new friends. Doc will best be remembered for his love of fishing. Introduced to the Gulf of Mexico by his grandfather, Doc spent his teenage years as a fishing guide in Tampa Bay. He later christened his own “Silver Queen” and taught his children, grandchildren, and countless family and friends how to dodge a summer squall or land a king mackerel. Doc often said that his true passion was being a fisherman; neurosurgery was just his hobby. Doc was preceded in death by his parents, Dr. James and Mildred Freeman; his sister, Judy; and his wife of 50 years, Eloise B. Freeman. He is survived by his wife of 11 years, Patsy Johnson Freeman; his three children, two stepchildren, and many grandchildren and great-grandchildren. Please join us for a celebration of Doc’s life and legacy on Friday, June 4, 2021, from 4:30 to 6:30 pm at Plantation Hall in the Haile Village Center, 5100 SW 91st Terrace, Gainesville. A memorial service will be held on Saturday, June 5 at 11:00 am, in the Chapel of Williams-Thomas Funeral Home Westarea, 823 NW 143rd St, Newberry. In lieu of flowers, please make donations to Haven Hospice, 4200 NW 90th Blvd., Gainesville, FL 32606.

The family of James Voorhees "Doc" Freeman Jr. created this Life Tributes page to make it easy to share your memories.

Send flowers to the Freeman family.