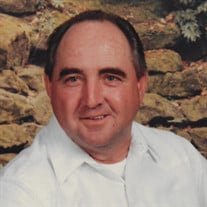 James T. (Jake) Beckham passed away on May 17th, 2021 as a true Floridian. He was born October 19th, 1939 as a 4th generation resident of Alachua County. His homestead was a Florida cracker house with his 8 brothers and 8 sisters in the woods of northern Florida on the edge of Campville near the community carrying the family name of Beckhamtown. Today this small community would be located between 301 and the community of Windsor on CR 1474. Jake was a man of many talents stretching across his 81 years. He graduated Hawthorne High School in 1957 and continued schooling in Jacksonville to become a Master Barber working nights parking cars to pay for school and housing. He used this skill off and on throughout his life. In Palatka, he was part owner and manager of a busy, corner market and a successful realtor at Beckham Realty. After moving to Gainesville in 1970, he served his community as a deputy sheriff. He was a gifted, skilled building contractor completing many projects in and around Alachua and surrounding counties. Jake was a proud veteran of the US Army serving most of his time in Germany with an honorable discharge May 2, 1965. Somewhere in all of this, he found time to attend Santa Fe College. In 2018 he retired from the VA where he oversaw ancillary construction projects as the VA expanded into the Gainesville community. After returning home from the military in 1965, a routine trip to the bank to make a deposit, crossed his path with the love of his life Judy Garner. How many of us could turn a chance encounter at the drive through window to a marriage of 55 years? Oh yes, Jake had talents! He and Judy were married on February 6, 1966. Jake was fiercely honest and steadfast and turned any stranger into a friend with his easy smile, smooth manner, and sharp sense of humor. He was a rock-solid member of his large family; always present to help solve any problem or celebrate any occasion. He was kind and generous beyond words with his time and work. and always carried a love of family first followed by NASCAR, and his beloved Florida Gators. He was a NASCAR fan when they were still racing on the sands of Daytona Beach. For 40 years Jake never missed a Florida game whether playing at home or away. He was a member of the Touchdown Club and was steadfast and strong for the Gators through their wins or losses. Jake is survived by his wife Judy and his two children, Chris with wife Sheryl and Cathy Ferguson with husband Tim. His grandchildren are Haileigh, Jesse, Troy, Kenze and Justin, Sean and Alley, Becca and husband CJ, a great granddaughter Layla (Sweet-Pea), a host of nieces, nephews, cousins and a multitude of friends. Jake was preceded in death by his parents, Sam and Nina, brothers, Preston, Sam Jr, Harvey, Vernon, Leland and Calvin and sisters Dorothy Mae, Virgie Lee, and Mollie Marie. His surviving brothers are Dale with Patti Jo, Dennis with wife Clemie. Surviving sisters Susie with husband Clyde, Betty, Hazel, June with Ronnie, and Sharon. In honor of Jake's life celebration feel free to wear Gator attire. Nothing would make Jake happier than to go out surrounded by a sea of orange and blue. The family welcomes all to Jake's viewing at Williams-Thomas Hawthorne Funeral Home, US 301 South at Lake Ave. Friday, May 21st from 5pm-7pm. Jake's service will be held Saturday, May 22nd l0:00 a.m. at the funeral home. Burial will follow at Providence Cemetery in Windsor. After the burial, the family invites all to join them for lunch at Jake's and Judy's home: 16802 East CR 1474, Hawthorne, FL 32640.

James T. (Jake) Beckham passed away on May 17th, 2021 as a true Floridian. He was born October 19th, 1939 as a 4th generation resident of Alachua County. His homestead was a Florida cracker house with his 8 brothers and 8 sisters in the woods... View Obituary & Service Information

The family of James T. Beckham created this Life Tributes page to make it easy to share your memories.

Send flowers to the Beckham family.