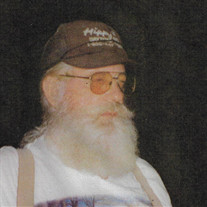 Mr. Herbert Dale Dickey, 81, longtime resident of Hawthorne, Florida, went to stand guard at the pearly gates, Sunday, November 29, 2020 Mr. Dickey was born on July 15, 1939 in Atlanta, Georgia to the late Leonard and Marion Dickey. He had a long career as a corpsman in the military; first in the U. S. Navy, then as a Marine and then finally with the U. S. Air Force. One of his accomplishments while in the military was fighting as a boxer or Pugilist, as they were called in those days. One of his great loves was motorcycles; he owned and operated Gainesville Harley-Davidson from 1969 until 1983. He collected vintage motorcycles and will be remembered for his Sunday gatherings at the farm. Mr. Dickey was a master gardener from the University of Florida and was a member of the Masonic Lodge-Winter Park He attended Orange Heights and Eden Baptist Church. He is survived by his longtime life partner, Joyce Compton of Hawthorne; a brother, Larry Maas, of Colorado; a sister, Annette Whitner, of Destin, FL. Four sons, and one daughter, Herbert D. Dickey, Jr., of Alabama, Karen (Ricky) Parks, of Alabama; Leonard Christopher Dickey, of Colorado, Herbert Eugene Dickey, of Lakeland, FL; Harley Dale (Sondra) Dickey, of Hawthorne, additionally Five grandchildren and three great grandchildren. Funeral services will be held on Saturday, December 5, 2020 at 11:00 A. M., in the Eden Baptist Church. Interment with military honors will be held in Hawthorne Cemetery. The family will receive friends for one hour prior to the service, beginning at 10:00 A. M.

The family of Herbert Dale Dickey created this Life Tributes page to make it easy to share your memories.

Send flowers to the Dickey family.