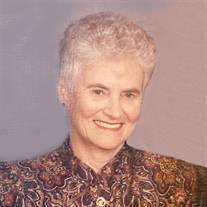 Felda Lee Dent Fisher was born on January 5, 1931 in Macon, Georgia. She passed away on September 30, 2021. Her parents were the late Lawton Edward Dent and Lillie Mae Wadkins. Felda spent her childhood in St. Simon’s Island, Georgia, a place she loved dearly and returned to frequently throughout the years. The majority of Felda’s family resided in the Jesup area, and Dent family reunions were held yearly on the Altamaha River at the river home of her oldest uncle, Logan Dent. The reunions were held each year on the birthday of the family matriarch, Annie Dent. Felda married William Patterson Fisher in 1949 in Macon. They had four children together. Bill, Jr., Ellen Leigh, Annie Ruth and Kenneth Dennison. The family relocated to Gainesville from Nashville,Tennessee in 1960. Felda spent most of her working career as an Administrative Assistant in the office of the Dean, Joseph Sabatella, within the College of Fine Arts. She retired at the age of 62 after 30 years of employment. She absolutely loved her position and the University of Florida, the Fighting Gators and especially her beloved boss, Dean Sabetella. Felda spent her last years at Harbor Chase Assisted Living in the memory care unit. The family would like to extend their thankfulness and gratitude for the superb care they provided to her and were caring and attentive up to the very end of her life. Felda is survived by her children, Bill, Jr, Ellen Leigh Collard (Alan), Annie Ruth Dixon; grandchildren, Aaron Dixon (Emily Pozek) , Amy Fisher, Sean McDermott (Wendi), Eric Fisher, Ryan Fisher Kyle Alex Dixon and stepson, Kevin Henderson (Sue). She had a great-grandson, Cade Dixon, and two great granddaughter’s, Penelope and Sophie, who she never knew about because of her dementia. She is also survived by her sister, Betty Ruth (Bob). She was predeceased by her husband, Bill and infant son, Kenneth. Felda attended McIntosh Presbyterian Church until her illness took her from her place of worship. She briefly sang in the choir but loved the church nestled in the small town. A graveside service will be held on Monday, October 4, 2021 at 3:00 p.m. at Forest Meadows Memorial Park Central, 4100 NW 39th Ave. The family will receive friends Sunday, October 3, 2021 from 3:00 to 5:00 p.m. at Williams-Thomas Funeral Home Downtown, 404 North Main Street. Please visit her memorial page at www.williamsthomasfuneralhome.com. FOR FURTHER INFORMATION WILLIAMS-THOMAS DOWNTOWN 352-376-7556

The family of Felda Fisher created this Life Tributes page to make it easy to share your memories.

Send flowers to the Fisher family.