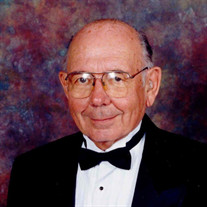 Eginhard J. Muth, PhD passed away on December 22, 2020 at home at the age of 92. He had a distinguished and remarkable professional career. He was born in Beuthen Germany in 1928, and was educated in Germany. After receiving his Electrical Engineering degree from the Technical University of Karlsruhe in 1951, he worked four years for the Maschinenfabrik Oerlikon in Zurich, Switzerland. In 1955 he came to the US, where he first worked for the Allen Bradley Company in Milwaukee, and then from 1956 through 1969, for several departments of the General Electric Company: the Large Motor and Generator Department in Schenectady New York, the Apollo Support Department in Daytona Beach Florida, and the Instrument Department in West Lynn Massachusetts. While working for General Electric, and through the generous support by General Electric, he received his PhD in Systems Science from the Brooklyn Polytechnic Institute in 1967. In 1969 he moved to Gainesville, to teach in the Department of Industrial and Systems Engineering at the University of Florida. In 1990 he retired as Professor Emeritus. He then continued to live in Gainesville. Eginhard loved to travel and was always on a quest to learn new things. Not only was he an outstanding professor, published author of a textbook and numerous scientific publications, he was a wonderful, loving partner to his companion, Hildburg Freund for 44 years. He met Hildburg on New Year’s eve 1975 while on sabbatical in Karlsrhue, Germany. They lived a life of love and adventure. Eginhard loved to ski and hike. These were activities he enjoyed most of his life. Eginhard was also a loving father and grandfather. He is survived by Hildburg Freund and his daughters Barbara Muth-Barnett, Karin Beale, Veronica Muth, Stephanie Muth, and three grandchildren, Jared Beale, Danielle Beale and Isabel Beale. A celebration of his life will be planned for later in 2021. In lieu of flowers, contributions may be made to your favorite charity.

Eginhard J. Muth, PhD passed away on December 22, 2020 at home at the age of 92. He had a distinguished and remarkable professional career. He was born in Beuthen Germany in 1928, and was educated in Germany. After receiving his Electrical... View Obituary & Service Information

The family of Eginhard J. Muth PhD created this Life Tributes page to make it easy to share your memories.

Send flowers to the Muth family.