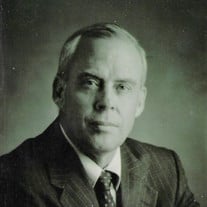 Edward Sinclair Eaton, Jr., retired politician, businessman, and longtime resident of Gainesville, Florida passed on to glory on September 4, 2021, at the age of 78. Sinclair is survived by his wife of 44 years, Sherry, and his children, Edward Sinclair Eaton, III, Shari Saras, and Kelley Eaton. He is predeceased by his sister, Sally Lerma, his father, Edward Sinclair Eaton, Sr., and his mother, Ruth Fagan Eaton. Sinclair Eaton, Jr. was born on September 1, 1943, in Pulaski, VA to parents Edward Sinclair Eaton, Sr. and Ruth Fagan Eaton. He attended Kirby Smith Elementary, graduated from Gainesville High School in 1962 and went on to attend Central Florida Community College. As a young man, he enjoyed working out, drove an Austin Healey, and stayed current with the fashion of the day. His older sister, Sally, was living in Los Angeles trying to get her big break in Hollywood when Sinclair hitch hiked from Gainesville to California to visit her. He found his way back to Gainesville and enlisted in the United States Coast Guard Reserve, where he served seven years. After the Coast Guard, he started a dog obedience school at night and ran his father’s floor covering business during the day. He once won a trip to Amsterdam and managed to only spend $20 or less. He was fascinated by politics and would write letters to his congressman and governors and even received a response from Governor Ronald Reagan. He traveled around the country with his Doberman Pinscher, Venus, entering obedience competitions and winning many awards. In 1968 he married Joy Register and they welcomed two children- Sinclair Eaton, III, and Shari Saras before divorcing in 1971. In late 1976, Sherry Brabson came to his dog school, they fell in love immediately and were married six months later in April 1977. Right after their honeymoon, they moved to Tennessee, bought a farm, and learned to farm the Appalachian way. He sold firewood in the winters and produce in the fall. He also drove a school bus and had a carpet cleaning business that serviced the suburbs of Franklin, Tennessee. In 1980, he came to faith in Christ after the miraculous healing of his wife from cancer. In 1984, his parents began showing signs of Alzheimer’s disease, so he sold the farm and moved the family back to Gainesville to care for them. Once back in Gainesville, he became a realtor and sold advertising on the side. Soon after moving back to Florida, they welcomed their daughter Kelley Fagan Eaton. In 1988, he turned his focus towards politics and ran for state legislature, a bid he would never win although he tried valiantly three times. Finally, in 1994, he ran for and was elected County Commissioner in Putnam County. In 2001, after officially retiring from politics, Sinclair obtained his CDL license and began to drive a school bus for the next six years. After retiring from the school board, he held various driving jobs at Ferrell Gas, Halperns Steak & Seafood, and the Girl’s Place. When asked how he was, you could always count on Sinclair to say, “far better than I deserve”. He was not afraid to challenge people to think about their lives and their relationship with the Lord. He will be remembered for his integrity, his passion for history and politics, and will be missed by many, as he was the true definition of a friend. A Celebration of life will be held Saturday, September 11, 2021 at 11:00 a.m. at Windsor Baptist Church with Pastor Rick Cicio officiating.

Edward Sinclair Eaton, Jr., retired politician, businessman, and longtime resident of Gainesville, Florida passed on to glory on September 4, 2021, at the age of 78. Sinclair is survived by his wife of 44 years, Sherry, and his children, Edward... View Obituary & Service Information

The family of Edward Sinclair Eaton, Jr. created this Life Tributes page to make it easy to share your memories.