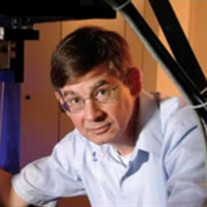 June 10, 1946 – January 24, 2021 Edward Thomas Dugan, age 74, of Gainesville, died peacefully on Sunday, January 24, at North Florida Regional Medical Center. He was dearly loved and immensely respected by family, friends and professional colleagues. Edward is survived by his wife, Kathy; their daughter, Rosanna; his mother, Marie Dugan; his sister, Kathy Simkins and numerous nieces and nephews. Edward was preceded in death by his daughter, Ellenmarie Dugan, and his father, Edward Joseph Dugan. Edward (Ed) was born on June 10, 1946, in Bethlehem, Pennsylvania to Edward and Marie Dugan, and began his college education at the University of Notre Dame in South Bend, Indiana. Ed served with the United States Army in Vietnam from 1972-1973. Edward married his beloved Kathy on December 30, 1979 at the Lady of the Lake Catholic Church in Verona, New Jersey. Edward graduated from the University of Notre Dame in 1968 with a Bachelor of Science in Mechanical Engineering. He moved to Gainesville where he attained a Master of Science in Nuclear Engineering Sciences in 1972. He earned a PhD in Nuclear Engineering from the University of Florida in 1976. Dr. Dugan joined the UF faculty of Nuclear Engineering in 1977 where he first began his illustrious academic career and joined a research group specializing in nuclear reactor kinetics. During his tenure at UF, Dr. Dugan participated in a series of funded research projects with national and international significance, including advanced reactor analysis, nuclear power plant dynamics and control, space nuclear power and propulsion, radiation transport and backscatter x-ray imaging. He was a well published author and co-author with numerous patents. Dr. Dugan’s distinguished teaching career was also consistently recognized by students and faculty. Professor Ed Dugan was a superb teacher and was frequently awarded the professor of the year award, as nominated by his students. Moreover, his dedication to and rapport with two generations of students has had a lasting impact on the graduates and his fellow faculty members. The Edward T. Dugan American Nuclear Society Professional Excellence Award was established at the University of Florida in 2019 to honor Dr. Edward Dugan, then a professor emeritus at UF. In lieu of flowers, the family has asked that memorial gifts be made in Ed’s honor to the “Edward T. Dugan American Nuclear Society Professional Excellence Award’ Fund at the University of Florida. This fund was created by Nuclear Engineering students at the University of Florida to honor Ed’s unwavering commitment to students and their development both professionally and personally. The fund will be used to support professional development activities for outstanding student members of the American Nuclear Society, to heighten national recognition and the stature of the University’s nuclear engineering student programs. Ed’s lasting impact on students is embodied through students who receive the Edward T. Dugan American Nuclear Society Award. To contribute to the fund or for more information, please visit mse.ufl.edu/edwarddugan

The family of Edward Thomas Dugan created this Life Tributes page to make it easy to share your memories.

Send flowers to the Dugan family.