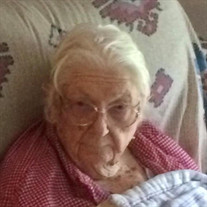 Edna Edith Pruitt Sweat Mrs. Edna Edith Pruitt Sweat, 93, of Hawthorne, Florida, died Monday, February 1, 2021 in the care of Hospice of Marion County, Cate’s House, following a long illness. Mrs. Sweat was born in Adel, Georgia on March 30, 1927 to the late Earnest Wiley and Ruby Pruitt. As a young lady she moved to Jacksonville, Florida and soon after married Mr. Walter Horace Sweat, to whom she was married for 52 years until his death in 2000. She was a longtime supervisor for the Credit Bureau of Jacksonville until her retirement in 1983, along the same time that she became a full time resident of Hawthorne. Mrs. Sweat was a member of the Jacksonville Baptist Temple and had attended the Island Grove Baptist Church. She enjoyed cooking, sewing and travelling. Mrs. Sweat was preceded in death by 3 sister and 3 brothers. She is survived by two daughters, Elizabeth S. Dowdy and Elaine Kersch, both of Hawthorne; by one sister, Betty Croft, of Madison, Ga., and by numerous nieces and nephews. Funeral services will be conducted on Friday, February 5, 2021 at 2:00 P. M., in the Chapel of Williams-Thomas Funeral Home Hawthorne, 301 South at Lake Avenue. Interment will follow in Antioch Cemetery. The family will receive friends prior to the service, beginning at 12:30.

The family of Edna Edith Pruitt Sweat created this Life Tributes page to make it easy to share your memories.

Send flowers to the Sweat family.