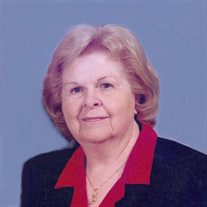 Doris Marie (Goss) Lee 9/19/26 &#8211; 10/8/2020 Doris Marie Lee was born into humble beginnings into a family where her father Otis Odette Goss was not around much because of having to travel for work. Her mom Naomi Alice (Bloodworth) Goss... View Obituary & Service Information

The family of Doris Marie Lee created this Life Tributes page to make it easy to share your memories.

Send flowers to the Lee family.