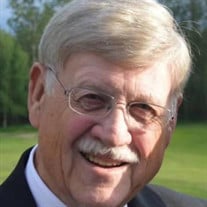 Donald Ray Price was born in Rockville, Indiana on July 20, 1939, to parents Ernest and Violet Price. He spent his childhood and young adulthood in Rockville, Indiana where he was an active member of the Church of Christ, teaching and leading in various ways. After graduating from high school in 1957, he attended Purdue University and earned his Bachelor of Science Degree in Engineering. It was while attending Purdue that he met Joyce, and they were married on September 14, 1963. He then pursued his graduate studies at Cornell University where he earned an MS in Engineering and worked as an Assistant Professor. He then received his Ph.D. from Purdue and returned to Cornell until 1977, at that time reaching Full Professor status. Don accepted a position at the University of Florida in 1980, where he worked in various faculty positions to include the first Vice President of Research and later, President of the University of Florida Research Foundation. He remained at the University of Florida until he retired in 2003. Upon retirement, he served as Program Director for the Engineering Research Center Divisions with the National Science Foundation in Washington, D.C. for a short time until his final retirement in 2019. Among many, his most cherished academic recognitions were the Outstanding Engineering Alumni Award from Purdue University and the President’s Medallion for Recognition of Distinguished Service at the University of Florida. Don always remained actively involved in the church as a member, teacher, leader, and Shepherd. He was a member of the Crossroads Church of Christ, an elder at Campus Church of Christ, and was influential in the unification of Campus Church with Gainesville Christian Church to form CampusView Church in 2019. He prayed and worked towards this effort, and said it was one of the accomplishments he was most proud of in his life. Don’s gifts of wisdom, discernment, faithfulness, and steadfastness served the body of Christ for many years. Don said that nothing he achieved in life would have been possible without his reliance on the Lord and the power of the Holy Spirit. Of all his endeavors, what mattered most to Don was his family. Don and Joyce were married for 58 years and were a Godly example of love and marriage to all that were blessed to spend time with them. He is preceded in death by his parents, two sisters (Delores Simmons, Marjorie Larkin). Don is survived by his wife Joyce; sister (Pamela Kremm); children John (Amanda), Karen, Kimberly, and Danny (Lauren); 10 grandchildren (Sterling, Blair, Emma, Genevieve, Julianna, Briana, Carson, Kennedy, Marlee, Ryder); 5 great-grandchildren (Chrystchen, Jaycob, Cora, Lydyia, and Penelope). A celebration of Don’s life will be held on Friday, September 24, 2021, at 11:00 a.m. at the CampusView Church 2720 S.W. 2nd Ave. Gainesville, FL. Service will be live stream at: https://www.campusviewchurch.com/ In lieu of flowers, memorials may be made in Don’s memory to Christian Family Services at https://www.paypal.com/donate?hosted_button_id=RRNS6C6GTGZ88

The family of Donald "Don" Ray Price created this Life Tributes page to make it easy to share your memories.

Send flowers to the Price family.