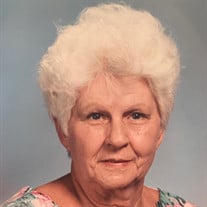 Cecelia Elizabeth Greer Morrison Hitchins 1916-2021 Cecelia (Betty) was born on 20 July 1916. She is the youngest of 6 children born to Emeline Hull Hallman Greer and Robert John Greer Jr. Her mother passed away one week after she was born due to complications of typhoid fever. GiGi was born a micro-preemie at just over 1.5 pounds. She spent the first 2 years of her life living with Robert’s sister’s family (Mae Greer Long). About the time she was two she was moved to an orphanage. She would spend the next 11 years in two different orphanages, most of those years were spent separated from her siblings. At 13, her oldest sister Anna Mae took her home to live with her in Atlantic City after GiGi and some of the other children from the orphanage hopped a freight train in Philadelphia and were caught 17 miles outside of Chicago. The majority of her youth was spent in The Chalfont Orphanage in Bucks County PA. Living in an orphanage was rough. Most of those years were spent with abusive matrons. She has very fond memories of one matron, Ms. Mary Echternach, and her husband Raymond. She carried those memories and life lessons with her. When she started her own family, she would bring them to Ms. Mary and Raymond’s Service Station and Sandwich shop. Ms. Mary was such an important mother figure in her life. She married William Miller Morrison Sr when she was 18 and had 4 children with him. The marriage dissolved shortly after her 4th child was born. If you ask her why she would go into detail about the bow and arrow set and tell you exactly how much it cost. She was so mad, it was $1.00 per arrow too! Cecelia married the love of her life in June 1965 Arthur (Pop Pop) Hitchins. She met him while working at the Marlboro Psychiatric Hospital. Unfortunately, he passed away in 1980 due to complications of ALS, but in her usual caregiver fashion, she took care of him until the end. Cecelia was never afraid of hard work. She worked multiple jobs to support her 4 young children. She lived through the depression, but when you would ask her about it, she said “We never had any money for any extras, so it never felt any different.” To know her is to love her! She had the biggest personality. She loved to tell jokes, had the best one-liners, and never met a stranger. She loved children, animals, Irish music, and was a devout Catholic. Her best quality by far was her fierce love for her family. Toward the end of her life, she enjoyed sitting in the sun with it beaming down on her face. Neither a pandemic nor blindness could stop her because she was a rebel. She was still riding motorcycles at 80 and loved to swim and did so as often as she could even after she was a centenarian. At 102 she hopped a plane from Florida to NJ when her son was in the hospital and upon return vowed to get her government ID because she did not want to be frisked again by TSA. She lived every day to the fullest. During the last year of her life, she was content to talk for hours to make sure everyone knew the stories of her youth. Through these stories, we were able to connect her with lots of family that had been lost to her. Every day she would ask what new relatives had been located. It took over 104 years, but she finally had a picture of her mother. She will be missed immensely by everyone she touched in her lifetime. We were truly blessed to have her in our lives as long as we did. May the road rise up to greet you. May the wind be always at your back. May the sunshine warm upon your face and the rain fall soft upon your fields, and until we meet again may God hold you in the palm of his hand. She is preceded in death by her sisters Anna Mae Greer Shockey and Alta Selina Greer Rupert Todd; brothers, Francis, Charles, and Robert Greer; half-brothers: Linwood W and Joseph F Hallman; her children: Nancy and William; grandchild: Mark; and great-great-grandchild Casey. She is survived by her daughter Dorothy and son Joseph. Grandchildren: Katie, David, Mary, Yosena, William, Milton, Dawn, Beth, and Susan. Great-grandchildren: Jackson aka “the boy”, Jade, Eileen, Christine, Valerie, Brian, Tracey, Madison, Taylor, Hunter, Jesse, Melissa & Ronnie. Great-great grandchildren: Kaylee, Connor, Rosemary, Austin & Emma. She was close to her nieces Valerie and Kathy And her cousins Susan and Maggie.

Cecelia Elizabeth Greer Morrison Hitchins 1916-2021 Cecelia (Betty) was born on 20 July 1916. She is the youngest of 6 children born to Emeline Hull Hallman Greer and Robert John Greer Jr. Her mother passed away one week after she was born... View Obituary & Service Information

The family of Cecelia "Betty" Elizabeth Greer Morrison Hitchins created this Life Tributes page to make it easy to share your memories.