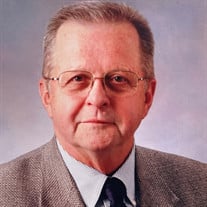 Dr C. Richard Conti, age 87, died suddenly at home on February 21, 2022, in Gainesville Florida. He is survived by his wife of 64 years, Ruth, his daughters Jill (Jeff), Jamie, Jennifer (Andy), his son Richard (Lorri), his five grandchildren, Robert, Suzanna, Amanda, Caroline, and Charlie and two great grandchildren Andrew and Elizabeth. Dick was born October 26, 1934, in Bethlehem PA to parents Olga and Charlie Conti. He graduated from Lehigh University Phi Beta Kappa in 1956, medical school at Johns Hopkins University in 1960 and subsequently pursued his lifelong passion for cardiovascular disease. Along the way, he served as a Captain in the United States Army Medical Service from January 1962- 1964. He also attended Jump School in Ft. Benning Georgia. In 1974, at the age of 40, he moved to Gainesville Florida to become Chief of Cardiology for the University of Florida. While there he developed a division that to this day enjoys an international reputation for excellence. He was named President of the American College of Cardiology in 1989 and spent the rest of his life lecturing all over the world, bringing his depth of knowledge to millions of people. Dick was a devoted husband, father, grandfather, and great grandfather. His family meant everything to him. He was devoted to Ruth, who was the love of his life since high school. He loved to golf and travel (especially family cruises all over the world). He was a marathon runner, an expert snow skier, and avid history buff. He was the definition of a lifelong learner; always interested in anything to do with the heart. He joyfully shared this passion with his daughter Jamie, who worked side by side with him for over 35 years. He was a great friend to many and an inspiration to all that knew him. He was a magnificent teacher and scholar, with students too numerous to count. He continued to learn and teach until the day of his death. Dick Conti will be missed by all, but mostly by his family. We invite you to join us on Friday, February 25, 2022, from 4-6 p.m. at Williams-Thomas Downtown, 404 N. Main St. for a time of visitation. A Mass of Christian burial will be held Saturday, February 26, 2022, at 9:00 a.m. at Holy Faith Catholic Church 747 NW 43rd St. with Fr. Jose as celebrant. Burial with military honors will follow at Evergreen Cemetery. Please join the family for a reception immediately following the burial at the Conti home. Please consider a donation to the Norman Fixel Institute for Neurological Diseases at P.O. Box 100243, Gainesville, Florida, 32610, in Dr. Conti’s honor, but flowers are also welcome

The family of C. Richard Conti created this Life Tributes page to make it easy to share your memories.

Send flowers to the Conti family.