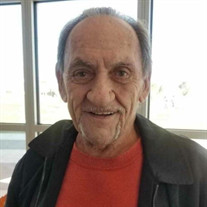 Burton Schlossberg, 83, passed away peacefully in his Gainesville, Florida home on February 10, 2022. Relocating to Gainesville, FL in 2019 to be closer to family, he thoroughly enjoyed his adopted city, his new condo, and his ability to share the final years of his life with his young grandchildren and his beloved cat Baby Girl. Born and raised in Brooklyn, New York to the late Hy and Sally Schlossberg, Burt was perpetually known as “a nice guy.” Initially attending the University of Miami, he later transferred to New York University, where he graduated with a degree in Business Administration. While attending NYC, he met the love of his life, the late Suzanne (Weinberg) Schlossberg and they remained loyal companions for over 60 years. Burt served as an Officer in the Army and completed his military service at Fort Drum in upstate New York. He began his early career as a Stockbroker on Wall Street; however, his passion for people led him into a long and successful career in sales. Burt began his sales career in the garment industry where his business led him and his family to relocate to Dallas, TX and Atlanta, GA before eventually settling in Miami, FL. Later in his career, a new interest in cars led Burt into the automobile industry where he spent the last two decades in automobile sales and management in Southwest Florida. He was a genuine people person and enjoyed sharing stories about the interesting people he met each day. A long-time, loyal and passionate fan of the Dallas Cowboys and Miami Hurricanes football program, Burt rarely missed a game. He also enjoyed attending his grandchildren’s school and sport activities as well as movie matinees with his daughter, Diane. An avid reader, Burt was well versed in politics and knowledgeable of current events and enjoyed lively conversation on these topics as well as sharing the interesting news stories he discovered each day. A loving husband, father, brother, uncle, grandfather, and father-in-law, Burt was preceded in death by his wife Suzanne (Weinberg) Schlossberg and his vivacious red-haired older sister Ceil (Schlossberg) Gordon. Burt is survived by his children, David Lee Schlossberg who resides in Atlanta, GA with his wife Maria (Tota) Schlossberg and son Michael Bradley Schlossberg, and Diane Lori (Schlossberg) Quinn who resides in Gainesville, FL with her husband Ronald Kevin Quinn and their children, Preston and Leighton Quinn. A memorial Service will be held at a later date.

Burton Schlossberg, 83, passed away peacefully in his Gainesville, Florida home on February 10, 2022. Relocating to Gainesville, FL in 2019 to be closer to family, he thoroughly enjoyed his adopted city, his new condo, and his ability to share... View Obituary & Service Information

The family of Burton Schlossberg created this Life Tributes page to make it easy to share your memories.

Burton Schlossberg, 83, passed away peacefully in his Gainesville,...

Send flowers to the Schlossberg family.