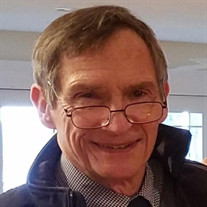 Fly-fisherman, adventurer, storyteller, and beloved general surgeon, Dr. Bruce William Brient passed away on June 10, 2021, at the age of 81. Dr. Brient was born on August 25, 1939. He grew up in Kansas City, MO, the son of Percy Alfred Austin Brient, a traveling salesman, and Bessie Oneida Steward, a devoted mom and real estate agent who raised him singlehandedly after his dad passed away when he was 12. He was the first in his family to go to college, graduating from the University of Kansas on a track scholarship and going on to complete medical school there. He was the first medical student west of the Mississippi accepted into the Duke University residency program. After three years at Duke, he finished his residency at the University of Illinois in Chicago. He was drafted into the Army and served for two years in the Office of the Surgeon General as a Lt. Colonel despite his general disdain for rules and regulations. At one point, he was reprimanded for ice skating in uniform. After the Army, he taught transplant surgery as an Associate Professor at Shands Teaching Hospital before starting his own surgery practice in 1981. He built a successful practice at what was then Alachua General Hospital and later joined the Surgical Group of Gainesville at North Florida Regional Medical Center. He loved his patients and they loved him. For him, making rounds was as much about making new friends -- learning about his patients and sharing stories -- as it was about delivering great medical care. He would often round until late in the evening, and it was not uncommon for him to spend more than an hour with a single patient. On office days, his exam room was almost always overflowing, and patients would be waiting until well into the evening. He was not apologetic about running late, but, rather, he assured his patients that when he saw them, he would give them “as much time as it takes.” And he always did. He was one of a kind, and he loved his job and his patients so much that he continued operating until he was 80. Outside of work, his life was fueled by adventures. When he wasn’t speeding around town in his red Corvette, he hiked the Milford Trek in New Zealand, fished virtually anywhere there are fish, hunted geese, and skied every year until he was 79. Tragically, he was not able to make his long-anticipated trip to ski Alta for free at age 80 due to the COVID-19 pandemic. His true passion and favorite place was the Bitterroot Valley in Montana, to which he traveled every summer for more than 40 years. Dr. Brient is survived by his wife of 21 years, Collette (“CJ”), with whom he shared many of his adventures and a passion for food. In addition, he is survived by Carol Brient, his first wife and the mother of his three loving children and their spouses, Paul Brient and Cathy Scholz of Wayland, MA, Scott Brient and Tina Gravenstein of Roswell, GA, and Carrie and Brian DeFoe of Bainbridge Island, WA, his eight grandchildren, Tyler (20), Josh (18), Daniel (18), Isabella (16), Thomas (15), Lukas (15), Zachary (11), and Willem (8), and the countless patients he touched during his more than 50 years practicing medicine. A celebration of life gathering for Dr. Brient will be held on July 24, 2021 at 1:00 p.m. at the Gainesville Woman’s Club (2809 West University Avenue). In lieu of flowers, donations can be made to the American Cancer Society.

Fly-fisherman, adventurer, storyteller, and beloved general surgeon, Dr. Bruce William Brient passed away on June 10, 2021, at the age of 81. Dr. Brient was born on August 25, 1939. He grew up in Kansas City, MO, the son of Percy Alfred Austin... View Obituary & Service Information

The family of Dr. Bruce William Brient created this Life Tributes page to make it easy to share your memories.

Send flowers to the Brient family.