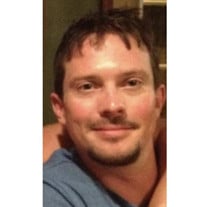 Brandon Duff, age 40, died suddenly on March 5 in Jacksonville, Florida. Brandon was born on March 7, 1983, in San Antonio, Texas. He spent his early childhood years in Tacoma, Washington, and then moved with his family to Gainesville in 1989, where he attended Wiles Elementary and then Oak Hall School. While at Oak Hall, he played on the varsity soccer team for five years and was a member of the National Honor Society. Following graduation from high school, Brandon earned a Bachelor of Arts Degree in English and Film Studies with Honors from the University of Washington. Subsequently, he received special certificates in Screen Writing from the Vancouver Film School and the New York Film Academy. Brandon had great passion for soccer, international travel, creative writing, photography, and film. He brought a unique perspective to his photos and stories. He loved discussing current events with family and friends. He also was a gourmet cook and relished the opportunity to share new recipes with loved ones. Brandon is survived by his father, Patrick, his stepmother, Suzanne, his sister, Joanne, his brothers, Bryan and Jon, and eight nieces and nephews. He was preceded in death by his beloved mother, Judy. He will lie in eternal rest and peace near Judy in the columbarium at the Queen of Peace Catholic Church. A private internment service for family will be held at Queen of Peace later in the month. The family has requested that, in lieu of flowers, consideration be given to making a donation to one of the two organizations listed below. Both agencies seek to promote greater awareness of mental health issues. 1. http://90and9.org.brandon (nonprofit organization based in Salt Lake City, Utah, where Brandon lived the last 2 years). 2. www.nami.org.

Brandon Duff, age 40, died suddenly on March 5 in Jacksonville, Florida. Brandon was born on March 7, 1983, in San Antonio, Texas. He spent his early childhood years in Tacoma, Washington, and then moved with his family to Gainesville in 1989,... View Obituary & Service Information

The family of Brandon Duff created this Life Tributes page to make it easy to share your memories.

Send flowers to the Duff family.