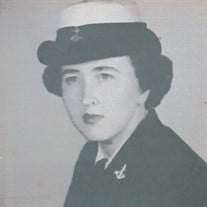 Bonnie (Twist) Romine was born on February 4, 1940 in Arnold, Nebraska. She was preceded in death by her parents, Rufus Mary Ellen (Nellie) Twist, and her brother, John Twist. Her mother Nellie was 99 years and 11 months when she passed. Both parents were very active in the American Legion and Auxiliary, as was Bonnie. Upon graduation from Arnold High School, Bonnie enlisted in the US Navy in 1958. While she was a student at the Navy’s School of Photography in Pensacola, FL, she met and married another photographic student, Duane Romine. Shortly after their marriage, Duane was transferred to the USS Norton Sound (AVM-1) which was homeported at Port Hueneme, CA. Bonnie requested a change of station transfer and was assigned as the Base/Staff photographer at Naval Station Long Beach, CA. She was honorably discharged from the Navy in November 1959. In February 1960, their twin daughters Charlotte and Charleen were born. Their third daughter, Cheryl, was born in August 1961. For the next 25 years Bonnie supported Duane’s Naval career. Raising three very active daughters, many times on her own, she established many new homesites from Hawaii to Puerto Rico and many points in between. During these years, Bonnie also held several part-time jobs in retail sales and attended Indian Valley Community College in Novato, CA. Bonnie and Duane retired from the US Navy in 1985 and continued to live in the Florida Keys for the next 14 years. They thoroughly enjoyed their new home on Little Torch Key. Together they spent endless hours on their boats, fishing, diving for lobster and socializing like hell! Bonnie and Duane moved to the Gainesville area in 1999. They have become very active in the local Veterans community, where Bonnie was affectionately known as “The Admiral” (always one step senior to Duane). She is survived by her husband, daughters, son-in-law Michael, and grandson Michael Shawn. A celebration of Bonnie’s life will be held Saturday, February 29, 2020 at 1:00 P.M. at the American Legion Post 16, 4701 NW 6th St, Gainesville, FL 32609. A graveside service with military honors will be held on October 8, 2020 at 10:30 A.M. at Barrancas National Cemetery, 1 Cemetery Rd, Pensacola, FL 32508. In lieu of flowers it is the family’s wish that a donation in Bonnie’s name be made to Haven Hospice York Center, 4900 NW 90th Blvd, Gainesville, FL 32606.

Bonnie (Twist) Romine was born on February 4, 1940 in Arnold, Nebraska. She was preceded in death by her parents, Rufus Mary Ellen (Nellie) Twist, and her brother, John Twist. Her mother Nellie was 99 years and 11 months when she passed. Both... View Obituary & Service Information

The family of Bonnie Twist Romine created this Life Tributes page to make it easy to share your memories.

Send flowers to the Romine family.