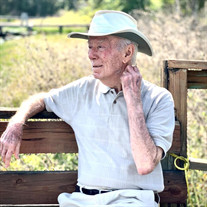 Bernard &#8220;Bernie&#8221; McCole peacefully went home to be with our Lord and Savior, Thursday, June 3, surrounded by his wife of 68 years and family. It was the final chapter in Bernie&#8217;s nearly 4-year heroic fight against brain cancer,... View Obituary & Service Information

The family of Bernard “Bernie” McCole created this Life Tributes page to make it easy to share your memories.

Bernard “Bernie” McCole peacefully went home to be with our Lord...

Send flowers to the McCole family.