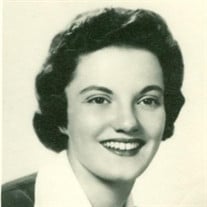 Barbara Ann Kilgallon Stackfleth passed away at home on October 20, 2021. She was born on July 17, 1937, in Greenwich Village to Thomas and Angela Kilgallon. She grew up loving the city of her birth, surrounded by her extended Irish- and Italian-American families. Barbara attended Hunter College in the 1950s and later earned her bachelor’s degree from St. Thomas Aquinas College. Barbara raised five children, primarily while living in Piermont, New York, where she also was an active volunteer in the community. Her work included many years of faithful service to the Tappan Reformed Church. Barbara’s interest6s included a passion for music and art, the former as a dedicated listener, the latter as an active amateur painter and crewelwork artist. A voracious reader of history, philosophy, literature, and countless murder mysteries, it seemed only natural that she was also a storyteller of the first order. Her final years of creative energy involved entertaining anyone who would listen with tales of growing up in Greenwich Village and the stories of her family. Following her years in Piermont, Barbara moved to Phoenix, Arizona with her husband and two of their Daughters. She spent thirty-one years in Phoenix and, before her retirement, was a much-valued employee at the Assessor’s Office of Maricopa County. Barbara loved the landscape and history of Arizona, which was truly her adopted home. Barbara was dearly loved by her family. She is survived by her husband of sixty-one years, George Stackfleth, and children John Stackfleth, Tara (Howard) Stackfleth Chilton, Elizabeth Stackfleth, Jennifer (Joseph) Spillane, and Erica Stackfleth. In addition, she is survived by five grandchildren, Alyxandra (Joe), John (Jesse), Emma, Maggie, and Lily, and two great-grandchildren, twins Kal and Ezibelle. She is also survived by a sister, Elizabeth Howard, and nephew Christian (Traci) Howard, and grandnephews Hunter and Brophy. Barbara is interred at Forest Meadows Cemetery-Central, in Gainesville, Florida.

Barbara Ann Kilgallon Stackfleth passed away at home on October 20, 2021. She was born on July 17, 1937, in Greenwich Village to Thomas and Angela Kilgallon. She grew up loving the city of her birth, surrounded by her extended Irish- and Italian-American... View Obituary & Service Information

The family of Barbara Ann Killgallon Stackfleth created this Life Tributes page to make it easy to share your memories.

Barbara Ann Kilgallon Stackfleth passed away at home on October...