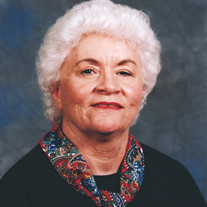 Beloved lifelong Gainesville resident Anne Strickland passed away February 23, 2022. Anne was born in Whitefield, NH to Larry and Alice (Thompson) Monahan, who preceded her in death. Anne is survived by her children Mary Jane Lanning (Al Altizer) of Eustis, Fl, Wes (Lorraine) Strickland of Gainesville, FL, Molly Anne (Doug) Hoover of Canton, GA, Katie Strickland (Darren Overfelt) of Denver, CO, and Tom Strickland of Gainesville, FL. Grandchildren Christopher (Ashley) Hoover, Jamie (James) Jackson, Julie (Matt) Lerice, Stephanie and Sydney Strickland, and Aren Overfelt, and great grandchildren Kaylee and Connor Jackson, Sonny and Stella Lerice. She is also survived by her sisters Maureen Campbell of Longmont, CO, Jane Monahan (Alan Sandercock) of Decatur, GA, Diane (Richard) Talatta of Littleton, NH, her nieces and nephews Jamie and Larry Campbell, Kathy Monahan, Mick and Sean Mekkelsen and Brad Wells, and several cousins including Alicia Monahan, Liz (Greg) Smith, Judy (Jim) Riley, Julie (Jim) Roesbery, Michael (Molly) Fahey and Jean Stapleton. She was also preceded in death by her sister Mary (Monahan) Mekkelsen and several Aunts and Uncles. Anne grew up in Miami, FL where she attended Corpus Christi Catholic School and Miami Jackson HS. She moved to Gainesville in 1958 and attended the University of Florida where she earned a bachelor’s degree in Early Childhood Education and a master’s degree in Educational Psychology. She also worked for UF as a graphic artist for the Student Government Office and Housing Department. But it was her love of art that helped her excel in her role as Arts and Crafts Center Director, for the Reitz Union. She was hooked on teaching and helping others teach when she worked for Project Circle where she developed training programs for preschool classrooms that were distributed throughout the state of Florida. And, at Andromedia preschool she published monographs and magazine articles on early childhood programs and education. Then she started her long career as a teacher in Gainesville at Waldo Community School and Shell Elementary. But she spent most of her career at Lake Forest Elementary where she earned Teacher of the Year in 1998 and took great pride in helping her students succeed. Anne was a member of Delta Kappa Gamma and belonged to several honorary education groups for several years. In her spare time and after retirement, Anne enjoyed a wide variety of arts and crafts, painting, silk screening, serigraphs, fabrics, ceramics, bookmaking, reading good books, traveling and visiting friends, but she will always be remembered for uniquely crafted note and holiday cards including a cleverly designed pop-up card she created this past Christmas. Family, friends and colleagues are invited to attend Anne’s Funeral Service that will be held at Holy Faith Catholic Church in Gainesville on Saturday, March 19, 2022, at 11:00 am with a reception to follow. In lieu of flowers, the family prefers donations to be made to Friends of the Library, the Education Foundation of Alachua County, the Parkinson’s Foundation or the March of Dimes.

The family of Anne Strickland created this Life Tributes page to make it easy to share your memories.

Send flowers to the Strickland family.